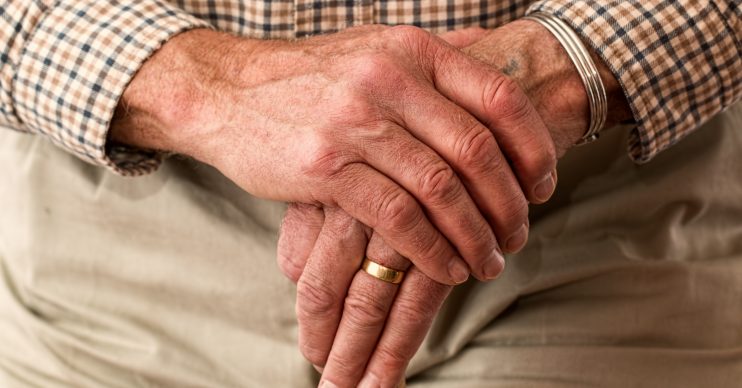 Families are being urged to visit older relatives now

Elderly people could be urged to stay at home from next week if the coronavirus outbreak continues to spread, according to reports.

Pensioners are among those considered most at risk from the potentially deadly bug, which has already claimed more than 3,400 lives worldwide.

This week, the Government confirmed that two UK residents had died as a result of coronavirus – a lady in her 70s and an 88-year-old man. It has been reported that both had underlying health issues.

But now The Daily Telegraph has reported that pensioners could be told not to venture outside from as early as next week, with people being urged to visit their families while it is still possible to do so.

The newspaper states that ministers are expected to announce in the coming days that Britain has reached the point ‘where all hope of stopping an epidemic has been lost’.

As a result, the Government will move to the second phase of their action plan, where policies including ‘social distancing’ could be introduced.

One of the bits of advice that we will give is for people who are older or who have pre-existing health conditions to have some degree of isolation from more public environments.

Earlier this week, Chief Medical Officer Professor Chris Whitty warned of the importance of protecting the elderly from the frightening bug, without making them feel isolated.

He previously said: “One of the bits of advice that we will give is for people who are older or who have pre-existing health conditions to have some degree of isolation from more public environments.

“I think it is more likely we will make some advice for people who are older citizens and people with pre-existing health conditions to avoid crowded areas.”

As the virus is now confirmed to be circulating within the community, it is likely the Government will be forced to move to phase two of their four-step plan – Delay – with new guidance being announced next week.

The idea is to delay the spread of the virus, meaning the peak would come during the summer months. Experts believe this will be beneficial to the already-stretched NHS.

Outlining the idea in the Government’s 28-page coronavirus action plan, experts stated: “Health services are less busy in the summer months when flu and other winter bugs are not driving GP consultations and hospital admissions.

“In the 2009 ‘swine flu’ pandemic, school holidays significantly slowed transmission of the virus.”

Meanwhile, it has today been announced that the number of confirmed cases of coronavirus in the UK has surpassed 200.

A further 42 more Brits have tested positive for the bug in the past 24 hours, which originated in China, bringing the total of infected to 206.