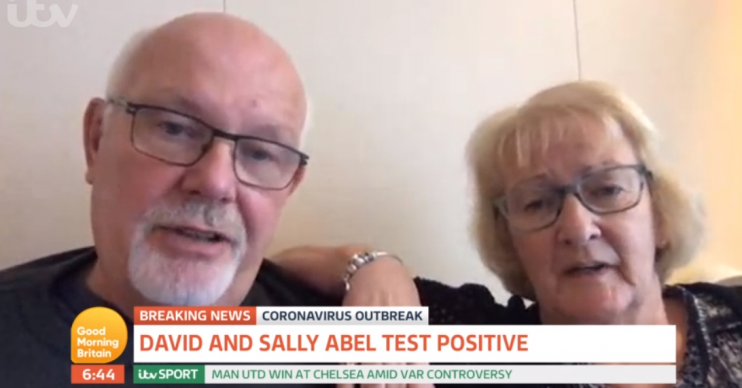 An elderly couple who beat coronavirus delighted Good Morning Britain fans today (March 18). Sally and David Abel contracted the virus while on a cruise ship celebrating their 50th wedding anniversary last month. However, after being treated at a hospital in Japan, the grandparents are now back in the UK and have both been given […]

Sally and David Abel contracted the virus while on a cruise ship celebrating their 50th wedding anniversary last month.

However, after being treated at a hospital in Japan, the grandparents are now back in the UK and have both been given the coronavirus all-clear.

David, 73, revealed that coronavirus almost killed him: “We had ana mazing cruise. It was fantastic – until we realised the virus was creeping in. The moment we went into quarantine, that’s when everything changed.

“Neither of us knew we had the virus, that we contracted it, so when we were tested on board the ship, it came as a mighty shock to discover that we were positive.

“It was another three days before they took us off the ship to the hospital, and in that three days, I never realised it at the time, but my health did go downhill rapidly.”

Sally went on to explain that she thought her husband was going to die in Japan.

“I didn’t think he was coming home – he was extremely bad,” she told Good Morning Britain’s Piers Morgan. “They diagnosed him with acute pneumonia, a side effect of the virus, and he basically was giving up.

“So I sat up most of the night just watching him breathing because I didn’t think he was coming back.”

Opening up about their experience, David reassured viewers that hope was on the horizon and urged the public to follow the government’s guidelines.

“I think the measures the government is finally taking, if people take notice and obey them, and we all take responsibility for our own health and hygiene, this will be over as quickly as it arrived,” he said. “That might be naive of me, but as a country, if we pull together, it will disappear more quickly than we ever imagined!”

Since arriving back in the UK, Sally and David haven’t seen their grandchildren – who are aged between 11 and 21.

Although they are desperate to see them, the couple are following the government’s coronavirus guidelines for the elderly – that the over 70s should self-isolate for the next 12 weeks to protect themselves from the possibility of contracting coronavirus again.

Those tuning in at home were delighted to see that the couple, who made headlines when they were first diagnosed with the virus, had been given the all clear by doctors.

“Funnily enough I wondered how David & Sally Abel were @GMB Lovely to see them back with their family,” one commented Twitter.

Another added: “@GMB Yes,so pleased to see David and Sally Abel are well. Love to you both Red heartPartying face #COVID2019.”