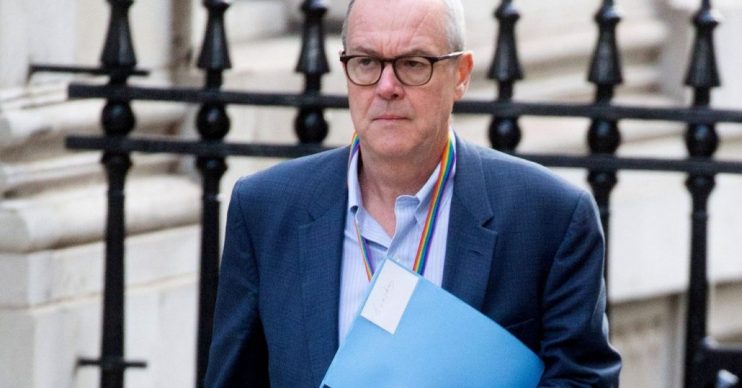 A 45-year-old has become the youngest person to die from coronavirus in the UK.

The death toll now stands at 71, with another death in both Scotland and Wales confirmed today (Tuesday, March 17).

Meanwhile the Government’s chief scientific adviser Sir Patrick Vallance has issued a warning that 55,000 Brits could have the virus – if the death rate is one fatality per 1,000 cases.

He spoke today of hopes that the death toll could be kept below 20,000.

“Below that is a good outcome in terms of where we would hope to get to with this outbreak.

“It is still horrible, it is still an enormous amount of deaths.

“I don’t think any of us has seen anything like this. This is the first not just in a generation, but in 100 years.”

Meanwhile, this evening the chancellor has been announced that mortgage payers in financial difficulty will be exempt from paying anything for three months.

I don’t think any of us has seen anything like this. This is the first not just in a generation, but in 100 years.

Rishi Sunak confirmed mortgage lenders will offer three-month mortgage holidays, so “people won’t have to pay a penny to mortgage costs while they get back on their feet”.

He added: “In the coming days I will go much further to support people’s financial security.

“We have never faced an economic fight like this one but we are prepared, we will get through this and we will do whatever it takes.”

Brits were advised not to leave home unless necessary; to work from home where possible.

Pregnant women were warned to avoid social contact with others.

Families with symptoms such as a cough or fever should self-isolate.

While from tomorrow, the Government will not support mass gatherings, there has been criticism that they have not been explicitly banned.

Read more: How to get tested for coronavirus

Restaurants and pubs have been left in limbo; not ordered to shut but with few to no diners.

However, even a government ban would not help many businesses as it’s unlikely they have suitable insurance protection in place to compensate losses closed.

Kate Nicholls, chief executive of UKHospitality, has stated: “The insurance industry have simply abdicated responsibility for the thousands of hospitality venues who have bought policies in good faith and who, through no fault of their own, are unable to trade.

“Removing that safety net impacts millions of workers who depend on them for their livelihood. This is a slap in the face but perhaps it will be a wake-up call to government that there is no one else who can help save those jobs.”