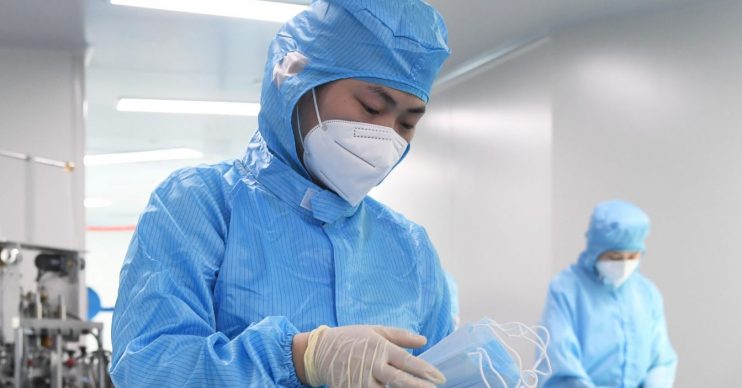 But schools will remain open

The UK Government is reportedly preparing to move into the next phase in its strategy against the escalating coronavirus crisis.

In a speech on the outbreak earlier this month, Prime Minister Boris Johnson outlined how the UK would take a four-pronged approach to tackling the deadly flu-like bug.

Now, Scotland’s First Minister has said that the Government’s emergency Cobra meeting – convened this afternoon (Thursday, March 12) – had decided to move into the ‘delay’ phase.

Read more: Meghan ‘desperate to get home to Archie after coronavirus panic’

According to PoliticsHome, Nicola Sturgeon said schools won’t be closed under new measures – but they would be asked to cancel any trips overseas.

She said: “The decision has been taken that we have now moved from a contain phase into the delay phase, where the objective is to seek to slow down the spread of the virus, to reduce the numbers who will be infected at the peak, the numbers affected at any one time.

The initial implication of that is a change in the advice that we are now giving.

“That shift from contain to delay clearly has implications. The initial implication of that is a change in the advice that we are now giving to the general public.

“The advice that we will be giving now is that from tomorrow if you have symptoms that are indicative of having coronavirus you should stay at home. You should self-isolate for a period of seven days.”

It follows a number of measures implemented around the world in an effort to stall the spread of the deadly virus.

Italy, the worst hit country in the world after China, is already in lockdown, and Ireland has announced similar measures banning large gatherings and closing schools and other public buildings.

And in the US, President Trump this week announced new restrictions on travellers coming in from Europe.

The measures, which he called “strong but necessary”, will not apply to the UK.

The 30-day ban will only affect travellers from the 26 countries within the Schengen border-free travel area and does not apply to US citizens.

It is in force against those who have been in the Schengen area within 14 days of the date of their planned arrival in the US.

As of Thursday afternoon, 590 cases of coronavirus had been identified in the UK and 10 patients had succumbed to the disease.