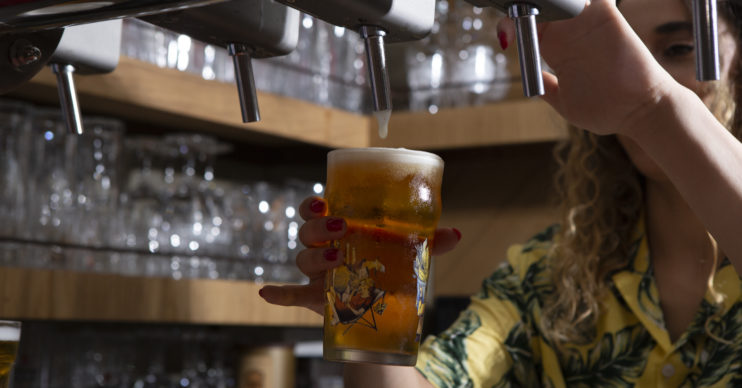 Coronavirus: could pubs open as soon as July?

A minister says it is possible

Pubs could open as soon as July as long as social distancing measures are in place.

That is according to Environment Secretary George Eustice.

He made the comments in the Commons, reminding people that pubs are still on schedule to open in weeks.

He said: “Of course we also recognise that until things return to something closer to normal and they can open normally, hopefully later this summer, then it will not give them all of the trade they previously had.”

“As the Prime Minister has outlined, we intend that the hospitality sector including pubs would be able to tentatively start gradually opening hopefully during the month of July.”

But he explained that this could only happen if epidemiologists support the move.

Meanwhile, he said the government is talking to pub and restaurant owners.

They need to figure out how social distancing can work.

“And of course we are already working with the hospitality and pub sector to identify what social distancing measures they might be able to put in place to make that work properly,” he added.

That was the earliest date likely.

“From 4th July, at the earliest, we’ll look at other sectors and that will include hospitality, but it will also include personal care and people like hairdressers,” he said then.

“Obviously the proximity in those two sectors is something where we don’t think we’re ready yet, given where we are with the virus.”

Instead of drinking in pubs, people have been buying more booze to drink at home.

Sales for alcohol from off licences shot up by 31% in March, according to the ONS.

Pubs will be allowed to open in the government’s third phase of easing lockdown.

However, it is likely that only drinking spots with outdoor spaces will open at first.

Scientists say that the virus spreads more in enclosed spaces, and the risk is less outside.

Brewers and pubs have suggested that the two metre rule could be reduced to one to open up pubs once again.

And the British Beer and Pub Association last week warned that Britain’s 47,000 pubs faced pouring as many as 70 million untouched pints away.

Are you itching to have a pint or do you think July is too soon? Go to our Facebook page @EntertainmentDailyfix and leave a comment to let us know what you think.