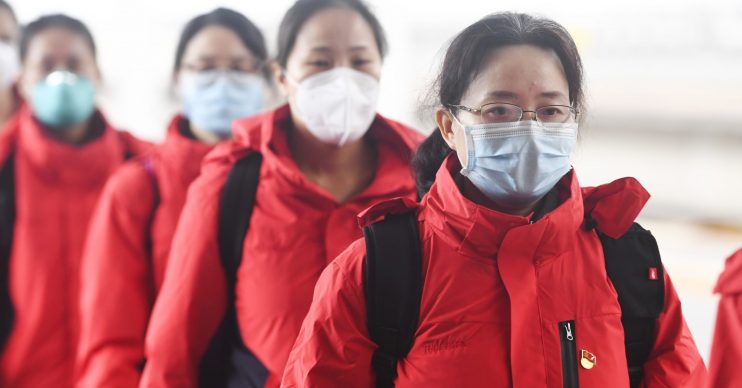 Based on the current mortality rate

As much as 80 per cent of the UK population could eventually be infected with coronavirus, according to the Government.

A spokesperson for the Government confirmed to the publication that ministers are preparing for “every eventuality”, including “the reasonable worst case scenario” – but pointed out that such measures don’t mean it is “expected”.

They said: “We have been clear from the outset that we expect coronavirus to have some impact on the UK, which is why we are planning for every eventuality – including the reasonable worst case scenario. Crucially this does not mean we expect it to happen.”

We are planning for every eventuality – including the reasonable worst case scenario.

It follows warnings earlier this month that the ongoing coronavirus outbreak poses a bigger threat than terrorism – and could kill 45 million globally.

As reported by Metro, Prof. Gabriel Leung, Hong Kong University’s chair of public health medicine, warned that people who have been infected despite having never been to China could be the “tip of the iceberg”.

As the world’s population currently stands at seven billion, the 60 per cent figure would mean four billion people. If just one percent of that number succumbed to coronavirus, the current forecast mortality rate, the death toll would hit 45 million.