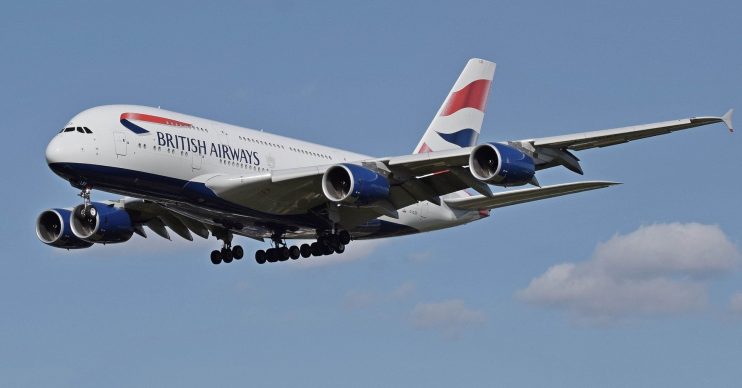 Kept on the runway

A British Airways plane was put on lockdown shortly after landing in the UK from Hong Kong as staff feared two of its passengers were infected with coronavirus.

Those on board were ordered to stay put when it landed at Heathrow at 5am this morning, according to MailOnline, after two people said they felt unwell.

While the plane remained on the runway, passengers were reportedly made to fill out questionnaires quizzing them on their current health and travel history, including who they had travelled with.

The publication also reported that passengers were likewise forced to sign a form confirming they had not displayed symptoms such as coughing, sore throat, shortness of breath or fever.

According to MailOnline, the plane was kept on the runway for 45 minutes before its passengers and crew were allowed to get off.

One of the travellers on board told the website: “All the crew were wearing face-masks, wandering around paranoid. Other than that it was fairly uneventful until breakfast, which was around one hour outside of Heathrow.

“All of a sudden the crew started massively freaking out, I got wind of it because I was in the front of the plane. I could see what they were chatting about in the galley.

“One crew member said, ‘[bleeping] hell, there’s two passengers that have got it’. Another said, ‘Oh [bleep], here we go’.”

Speaking further, the passenger said the crew spent the next hour “frantically scrabbling about” as they tried to figure out what they should do.

They went on to claim that the pilot informed passengers the health authority was coming on board and that, while they understood passengers’ frustration, they would need to complete the forms in order to leave the aircraft.

According to BBC News, the death toll has now risen past 170 as coronavirus continues to spread around China and new cases are diagnosed in countries around the world.