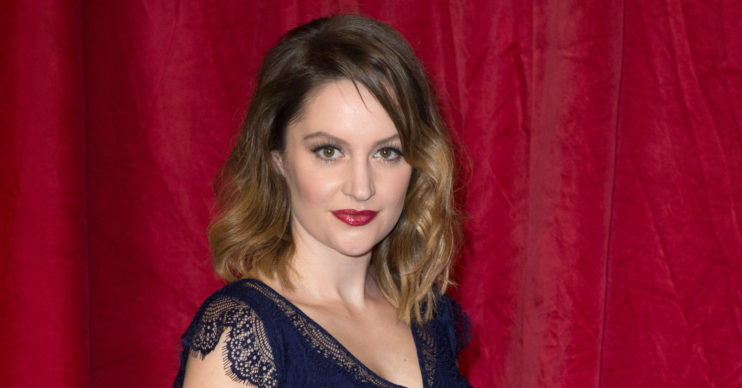 She and husband Tom Shaw got married six years ago.

Paula, who played Kylie Platt in Coronation Street, and Tom are parents to a son and a daughter.

She also included the hashtag “#10weekspregnant”.

Paula announced she was expecting her first baby two weeks after tying the knot!

Paula has spent time looking after her two children since she left Corrie in 2016.

She had spent six years on the cobbles.

But since then, she has preferred to spend time away from the spotlight.

Instead of taking on back-to-back acting roles, she has concentrated on family life and helping with her husband’s acting school.

Read more: Corrie’s Paula Lane on why she had to leave the soap

At the time, she explained why she decided to leave Coronation Street.

“Some people can’t understand it, they think I was mad,” she said.

“But there comes a point when actually the love for the job has to come first.”

Meanwhile, Paula has been sharing pictures of home life during lockdown.

In one, she looks sweaty and tired.

What do you think of this story? Head to our Facebook page @EntertainmentDailyfix and leave a comment to let us know.