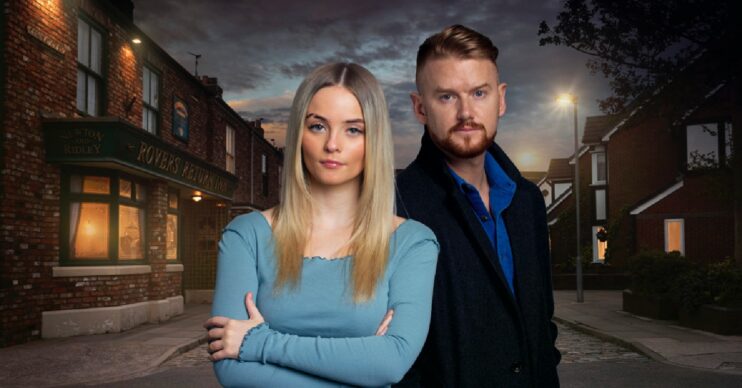 The end is nigh for Kelly

Coronation Street fans are in shock as Millie Gibson who plays Kelly Neelan in the ITV soap has reportedly quit.

According to The Sun, fan favourite Millie, 18, will depart from the cobbles in the autumn.

This comes as ITV revealed Kelly would play a prominent role in Corrie’s autumn storylines as she begins to grow suspicious of Gary who, of course, killed her loan shark dad, Rick, back in 2019.

A source told The Sun: “Millie’s a huge talent.

“She has loved her time on the soap but there’s a lot of excitement about what she’s going to do next.

“Everyone has been sworn to secrecy over her exit storyline.”

The secrecy over Millie’s exit story has lead to speculation that the character could be killed off.

Gary‘s past looks set to catch up with him this autumn, with ITV saying: “Increasingly seeing Gary as a father figure, Kelly is further indebted to Gary when he rescues her from the clutches of dad Rick’s shady associates.

“But having witnessed how far Gary is willing to go to keep her safe, Kelly starts to wonder if he has crossed that line before.”

What have fans said about Millie Gibson departing Corrie?

Fans have taken to Twitter to express their displeasure over Millie’s departure.

“Aw, I’m gutted, I love Kelly’s character,” tweeted one fan. “No doubt Millie will move on to big things though, she’s a fantastic actress.”

Another said: “Oh no such a shame she’s leaving Millie Gibson in Corrie you’re my absolute favourite character.”

A third wrote: “Gutted to see Kelly go but you just know Millie Gibson is gonna be the latest star to come out of Corrie and be a massive success.”

And a fourth added: “Can’t believe she’s off-skies – such a talented young actress she is, I hope she stays in the industry.”

Millie first appeared in the soap back in 2019 when Kelly arrived looking for her dad.

She was initially suspicious of Gary, thinking he murdered Rick, but she was unable to prove it.

Kelly then took up permanent residence on the cobbles when she was fostered by Toyah and Imran.

She’s been involved in several controversial storylines since then, firstly leaking a naked video of Asha.

And then she was part of the gang who attacked Seb and Nina, which eventually led to Seb’s death and Kelly on a murder charge.

Her conviction was quashed when it was revealed Corey killed Seb and Kelly made amends with the Street residents.

She’s currently living with Gary and his wife, Maria.