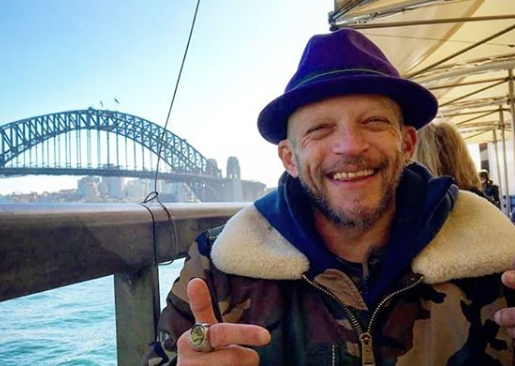 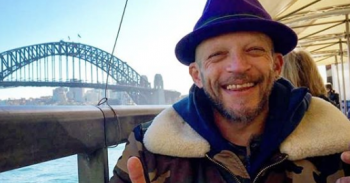 Coronation Street actor Gareth Berliner has been inundated with well wishes after revealing he was admitted to hospital with sepsis this week.

Gareth, who plays Macca Hibbs in the ITV soap, said he had a worryingly high body temperature and had been vomiting before he was taken to hospital in the early hours of Friday.

Writing on his Instagram page later that day, he shared: “Well I was brought into hospital by ambulance about 1am owing to some amount of sepsis with terrible Rygors while hooked up and infusing saline. It wasn’t even pumping that fast. Vomiting and upset gut and temp of 39.”

Well I was brought into hospital by ambulance about 1a.m owing to some amount of sepsis with terrible Rygors while hooked up and infusing Saline. It wasn’t even pumping that fast. Vomiting and upset gut and a temp of 39. . My levels of neauraphil are below 1, .98 to be precise and 36 hours earlier they had been at 9. 3 is the bottom of that scale and I’m on .98 . It means my already weakened immune system is even weaker.so I’ve been put in isolation…in other words I have a room to myself.. I’m happy with that. . . . . . . . . . . . . #tpn #intestinalfailure #crohnswarrior #spoonie #shortgut #crohnsdisease #fearless #sepsis #hickmanline #hospital

He added: “My already weakened immune system is even weaker so I’ve been put in isolation… in other words I have a room to myself. I am happy with that.”

Gareth has suffered from Crohn’s disease, which is a chronic inflammation of the gut and can lead to abdominal pain severe diarrhoea, fatigue, weight loss and malnutrition, for 30 years.

Speaking previously about his condition, the actor said he tries not to let it control his life.

Describing how he began his career at Corrie, Gareth explained: “They were holding open auditions for a new disabled character called Howie. I am registered disabled but I didn’t tick the right boxes because I look physically fine.

“My disease doesn’t seem like a big deal to me and I don’t let it control my life. They saw something in me and called me back months later to audition for Macca.”

He also said he updated his fans on his recent hospitalisation because he hopes it will show others he can still live a normal life.

He told The Mirror: “I don’t often post this stuff to Instagram but did so on this occasion to encourage people with similar issues to come and check out my page and then through looking at the rest of my pics maybe have them realise that my life isn’t over because of my disability/health. It’s just part of it.”

Gareth’s post was flooded with well wishes from concerned fans.

“Best of luck Gareth,” one of his Instagram followers wrote. “I know how you will be feeling and think your positivity is amazing.”

The actor, who has played Macca since 2014, was last seen on TV screens in February at his dad’s funeral alongside half-brother Clayton.