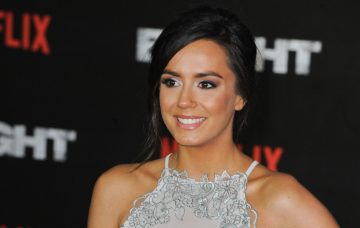 It's a case of Love OFF the Island...

As a new bunch of contestants prepare to enter the Love Island villa in search of romance, one of last year’s has found romance elsewhere. Former contestant Tyla Carr has confirmed she’s moved on with a new man.

Tyla Carr paired up with Jonny Mitchell, and then with Mike Thalassitis while on the show, but the relationships were short lived. But after she left the villa, Tyla found a new love.

She opened up about her new relationship in an interview with the Daily Star, claiming that she was planning on moving in with her mystery beau.

“I get on with him like he’s my best friend,” she said. “We just have a great relationship. Everything is great – the sex is great and we get on like a house on fire.”

Tyla confessed that she’d been a “serial dater” for years, but found it hard to commit to people long term.

“I never really gave anyone a chance,” she said. “I’ve been friends with this guy for eight years and whenever he’d asked me out on a date, I’d brushed him off.”

But after returning from Love Island, she finally agreed to a date – and seven months later the couple are blissfully happy.

“We’re planning on moving in together next month,” Tyla said. “I’m really happy about the way things are going.”

After going through heartbreaks in public on the show, Tyla is keeping her new relationship a secret. While she hasn’t revealed her mystery man’s name, she’s confirmed he is a property developer.

While she didn’t find romance on Love Island, Tyla credits the show with helping her to be happy back in the real world.

She claimed that she found new confidence in herself thanks to the show, and was better able to take the risk of a relationship.

So there’s hope for the new batch of contestants, even if the show doesn’t go well. It may be just the warm up they need, for the true love waiting on the other side.

Will the new contestants find love in the villa? Leave us a comment onour Facebook page @EntertainmentDailyFix and let us know what you think!