Model has fans guessing what she means...

She is never one for keeping what she means to herself, but Katie Price seems to be doing a good job with her latest Instagram post.

The 39-year-old has managed to confuse her fans with the post that simply read: “And suddenly you know…It’s time to start something new and trust the magic of beginnings.”

Read more: Which This Morning star got rid of a screen invader live on air?

The mum-of-five’s post was swamped with people wondering if she was subtly hinting at problems with husband Kieran Hayler.

Katie was heartbroken last year when she discovered he’d cheated on her for a second time. 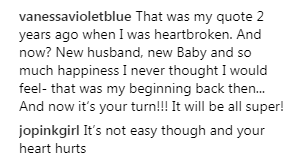 However, contradicting that is Katie’s interview with Reveal magazine at Christmas, where she confirmed Kieran is still in the family home and admitted that she still loves him.

She said: “The Kieran that I know, I love. The other Kieran [who cheats] is horrible. It’s just so far away from the man I married.”

In the same chat she also said: “I think about leaving him, throwing him out. But then I think, at the end of the day, he’s a good dad, we’re a good team and he wouldn’t want a life with the other person [he cheated on her with].”

Others, meanwhile, thought it was more like a New Year, New Me mantra after her disastrous 2017, which included blackmail threats against her disabled son and her mum Amy being diagnosed with a terminal lung condition.

They rushed to rally around Katie and offer their support.

The model-turned-businesswoman revealed on Loose Women yesterday how she’s been seeing a therapist to help her deal with all her traumas.

She told the panel: “I sat there for two hours and got everything off my chest, everything that’s been going on with Kieran, my mum, the court cases… and it feels like my shoulders have been lifted.”

When asked about if she’ll continue with her visits, Katie added: “What the doctors are going to do… I’m going to learn how to cope with my mum until she goes.

We’re glad to hear it.