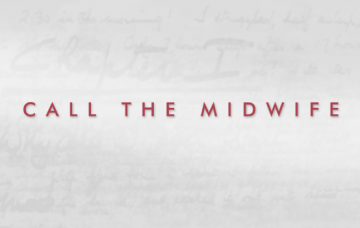 She'll be back on our screens very soon

Call The Midwife bosses have revealed Helen George will definitely be coming back to the show for the new series, after she departed mid-run this year.

The actress was pregnant during the filming of series seven of the drama and her character, nurse Trixie Franklin, made an emotional exit from the show in February.

The show’s bosses have told The Sun that Trixie will be back delivering babies soon as Helen is currently filming for the show’s Christmas special.

Executive producer Pippa Harris told the publication: “Yes she will be back and we’ve all met her beautiful baby, she is the most gorgeous creature.

“And yes, Trixie is well recuperated after her time in Portofino, and she is looking even MORE elegant than ever.”

“No spoilers here, but expect a new wardrobe that’s all I’m saying! But yes, she is in fine form,” she added.

Helen gave birth to her first child, a daughter called Wren, with her partner and Call The Midwife co-star Jack Ashton in September 2017.

The actress announced the happy news on Instagram at the time with a series of photos of herself, Jack and their sweet baby girl.

Helen told her fans that their daughter had arrived slightly earlier than expected and therefore was able to attend her own baby shower.

The star was pregnant during the filming of the seventh series, although it was disguised as much as possible throughout.

Her character made her exit in February this year – the midwife was granted six months’ leave of absense to sort herself out after spiralling back into alcoholism.

For the Christmas special, Helen will join a host of new series 8 cast members including Harry Potter star Miriam Margolyes.

Miriam will guest star in the series as forthright Sister Mildred, who will arrive unexpectedly at Nonnatus House with four Chinese orphans who fled China and were adopted in the UK as part of the World Refugee Camp.

She will appear in episode one of series eight.

Are you looking forward to series 8 of Call The Midwife? Leave us a comment on our Facebook page @EntertainmentDailyFix and let us know what you think!