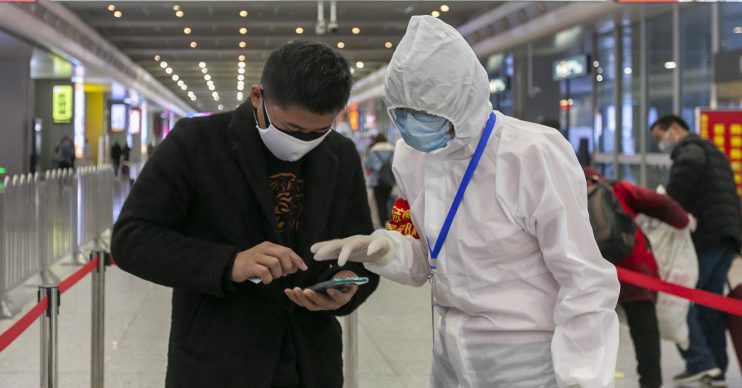 Reports claims sales have been boosted by people staying indoors

With concerns about stockpiling in the UK mounting as coronavirus threatens to spread, it seems panic-buying is helping boost the sales of condoms in China.

According to Reuters, condoms have become a top ten seller during the outbreak.

And some other news outlets that means people are making their own entertainment as they stay indoors.

The Sun claims “hundreds of millions of Chinese people” have been “left trapped in their houses and flats”.

No more masks ? Don’t worry, condoms will do the job#coronavirus pic.twitter.com/ekHJDh7Ucx

Other home entertainment equipment such as video games and yoga mats are also reported to have had sales boosted.

One unverified image that has gone viral on social media appears to show a Durex shelving display in a shop almost entirely emptied.

However, it is believed this picture may have been taken in Sydney, Australia.

And according to Mail Online, the original poster of the snap was informed that the sellout may be due to a rumoured belief that wearing them on fingers can help combat contracting the disease.

Elsewhere down under, it was reported today that a shopper in Australia had to be tasered by police after a bust-up at a department store amid further reports of panic-buying.

And in the UK, newspaper reports claim that Britain’s supermarkets have drawn up emergency plans to ‘feed the nation’ and deal with potential panic-buying in the event of the coronavirus outbreak worsening.

The contingency plans would apparently see shops working with suppliers to reduce the variety of products on offer and instead focus on staple foods and groceries, The Guardian reported.

Experts have also warned that shoppers run the risk of being infected via contaminated bank notes.