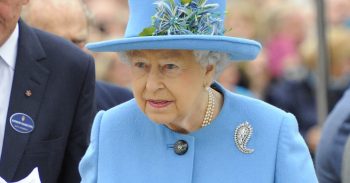 A resident said his wife had dementia

A former pilot to the Queen has been found death with his wife in a suspected murder-suicide.

Tony Meadows, 84, who was the first captain to fly the Concorde from London to New York, was discovered alongside Paula, 83, at their home in Bucklebury, Berkshire.

Speaking to MailOnline, one resident who claimed to have been a long-time friend of the couple said the family are “absolutely devastated”.

They told the publication: “Tony was devoted to Paula, they’d been married for such a long time, probably more than 60-years.

“She had dementia which had gotten steadily worse the older she got. Tony would often take her for a walk around the country lanes on a sunny day.

“She’d shuffle slowly beside him, clinging on to his arm tightly.”

Speaking further, the local said Mr Meadows was “fit as a flea” and “really helped his wife”, who depended on him, adding: “They were a lovely couple.”

Mr Meadows formed part of the British Airways crew on the first Concorde flight between London and New York in December 1977.

He flew the Queen on the Concorde just two years later in 1979.

Mr Meadows was a mathematician before he signed up for National Service with the Royal Air Force.

Thames Valley Police said an investigation has been launched following the deaths.

Officers were reportedly called to the property around 7.35pm on Tuesday (April 2nd) and found the couple.

Detective Chief Inspector Andy Howard, from the Thames Valley Police Major Crime Unit, confirmed the force is not looking for anyone else in connection with the incident.

He also clarified that there is “no danger to the public” but warned Bucklebury locals to expect an “increased police presence” in the area.