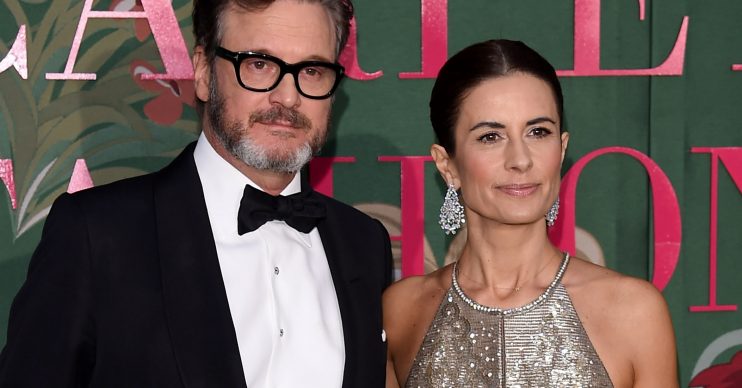 Hollywood star Colin Firth has reportedly split from his wife Livia Giuggioli after 22 years of marriage.

Reps for the Love Actually actor, 59, confirmed the break-up in a statement released on Friday (13.12.19) and insisted the pair will maintain a “close friendship” for the sake of their children.

As reported by the Mirror, the statement read: “Colin and Livia Firth have separated.

“They maintain a close friendship and remain united in their love for their children.

They maintain a close friendship.

Colin also has another son, 29-year-old Will, from his relationship with Canadian-American actress Meg Tilly.

Colin and Livia’s relationship hit the headlines last year when she reportedly admitted to having a year-long relationship with Marco Brancaccia, an Italian journalist, in the middle of a brief separation from her husband.

But Livia also alleged Marco was stalking her and claimed he bombarded her with threatening text messages and phone calls once their fling was over.

A statement from the couple’s reps issued in March 2018 read, as reported by Metro: “A few years ago, Colin and Livia privately made the decision to separate.

“During that time Livia briefly became involved with former friend Mr Brancaccia. The Firths have since reunited. Subsequently, Mr Brancaccia carried out a frightening campaign of harassment over several months, much of which is documented.

“As a consequence of his stalking, threats and refusal to desist, the legal complaint was lodged with the Italian authorities.”

But Livia reportedly went on to drop the stalking charges, preventing details of her relationship with Brancaccia from being revealed.

The Sun reported that a court case in Rome came to a halt at the last minute after the two parties struck a deal.

Their lawyers said, in a joint statement: “In the best interests of their families, the parties have agreed a private settlement.

“The parties have asked the court for a postponement of the preliminary hearing in order to formalise the agreement. This agreement precludes any further public statement by any of the parties about this matter.”