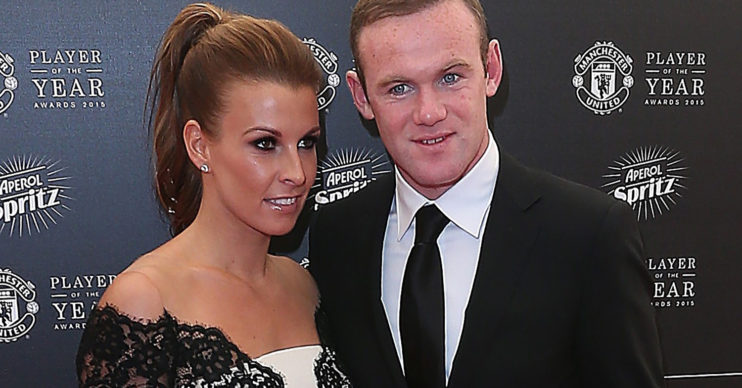 The couple have four sons together

Coleen and Wayne Rooney are celebrating their 12th wedding anniversary.

WAG Coleen shared a throwback photo from their wedding day in 2008 to Instagram.

The picture showed Coleen with her arms wrapped around footballer Wayne as they held their drinks.

Happy anniversary @waynerooney…. 12 years since that unbelievable celebration. I love you x

She wrote: “Happy anniversary @waynerooney… 12 years since that unbelievable celebration. I love you.”

Fans gushed over the picture, with one person writing: “Happy anniversary to you both.”

12 years since that unbelievable celebration. I love you.

A third commented: “Happy anniversary guys well done for sticking at it through all the tough times.

“Hope you have many more happy years to come.”

Wayne and Coleen married in a £5million wedding in Santa Margherita Ligure in Italy on June 12, 2008.

They were joined by 60 of their closest friends and family for the nuptials.

Coleen and Wayne have been dating since they were teenagers.

According to recent reports, the pair have grown closer thanks to spending more time together in lockdown.

A source told The Sun: “Wayne and Coleen Rooney are stronger than ever after spending lockdown together.

“This is the longest time they have spent together uninterrupted since they got married, and Coleen has fallen in love with Wayne all over again.

“She says that she now remembers what a wonderful, caring companion he is – and an amazing dad to the boys.”

Meanwhile, the couple are reportedly planning to install a lift to their luxury master suite in their £20million mansion in Cheshire.

A source told The Sun: “There’s no expense spared and Wayne and Coleen have total control of the design.

“They thought the lifts would be a great feature — and certainly be easier than hauling all Coleen’s clothes up the stairs.