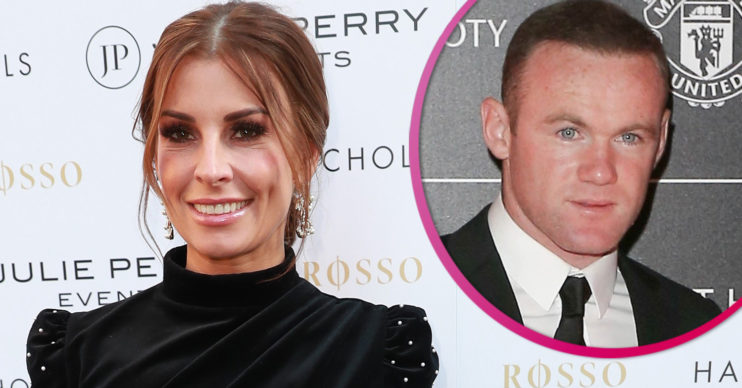 Coleen and Wayne have spent time in Barbados with their children

Coleen Rooney has shared sweet photos of her sons as they flew home from their Barbados trip.

The family jetted out to the Caribbean after travel restrictions lifted amid the coronavirus pandemic.

Coleen, Wayne and their four boys enjoyed some time in the sun and now they’re travelling back home.

The WAG shared two snaps of their sons posing together.

In the picture, the boys stand in age order with Kai, 10, on the far left followed by Klay, seven, Kit, four, and Cass, two.

Meanwhile, fans gushed over the photos, with one commenting: “Handsome boys!”

In addition, another wrote: “How proud you must be.”

After that, a third said: “Wow, your boys are growing so fast!”

Wow, your boys are growing so fast!

Meanwhile, Coleen had to deny she’s pregnant with her fifth child after being papped in a bikini in Barbados.

After the bikini photos surfaced, some fans speculated that Coleen was having baby number five.

However, she hit back on Twitter and insisted she’s just put on weight.

Coleen said: “Having a great time on our favourite Island, so lucky and grateful to be here.

“A lot of local paparazzi on the beach as always (doesn’t stop us all having fun) seen some unflattering photos out.

“But no am not pregnant for them asking. I’ve just put weight on.”

Alongside the tweet, she included a picture of her enjoying a glass of wine with her mum Colette.

Coleen said she posted false stories to her Instagram and only allowed Rebekah’s account to see them.

Meanwhile, she then claimed that several of these false stories appeared in tabloids.

Rebekah’s reportedly “determined to clear her name at any cost”.