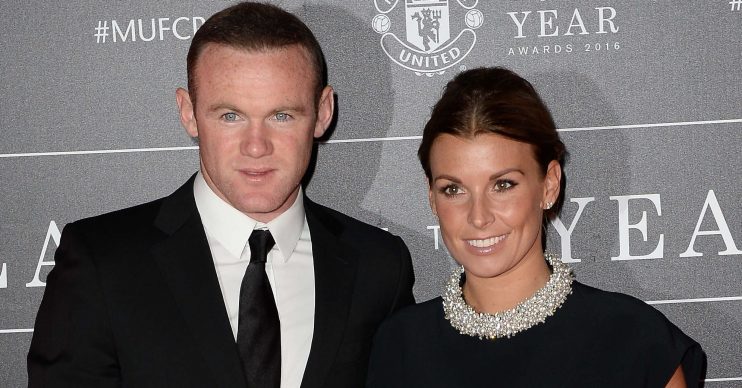 The pair wed 11 years ago

Coleen Rooney fans heaped praise on the star after she shared an honest anniversary post about the ‘ups and downs’ of her relationship with Wayne Rooney.

The pair recently celebrated their 11-year wedding anniversary, and the WAG publicly marked the occasion on Instagram with a black and white snap of them both smiling into camera.

“11 years married! Happy anniversary @WayneRooney. It’s been a journey… Ups and downs, highs and lows… but you know what. I love you x,” the 33-year-old wrote.

The post was soon inundated with supportive messages from her followers who said they respected her for sticking by the footballer over the years.

“Happy anniversary, it’s so nice to see people work through things instead of [moving] on to the next, in this day and age. When you love someone, you love them unconditionally,” one wrote under the picture.

“He is so lucky to have you,” a second commented.

A third said life is all about “not giving up on each other”, and a fourth remarked: “A strong marriage is about taking the highs and lows. Congratulations.”

The pair’s marriage has been rocked by a series of scandals, but Coleen has always stuck firmly by her husband.

In November 2017, following his drink-drive arrest, she released a statement addressing their marriage.

“It’s my decision… do I love Wayne… yes I do. If I didn’t then I wouldn’t be trying to make it work.

“I know I would be fine on my own, with just me and my children, but I don’t want to live like that, I want to try and continue our marriage and live as a family, because that’s what I want to do.”

Childhood sweethearts Coleen and Wayne wed in June 2008 in a lavish ceremony in Portofino, Italy.

They welcomed first child, Kai, in 2009 and in May 2013 the pair welcomed second child Klay.