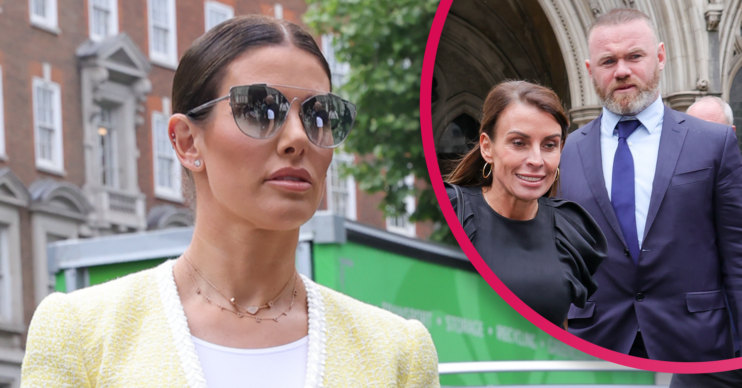 Neither of the ladies appear to have fared well…

Coleen Rooney and Rebekah Vardy are currently embroiled in perhaps one of the highest-profile court cases on British shores ever.

Dubbed “Wagatha Christie“, the case centres on Coleen‘s claims that Rebekah leaked stories about her to the press.

However, there’s something that’s amusing those following the trial way more than goings-on in court.

And that’s the drawings of the ladies by the court artist.

Brits have been tickled by the court sketches which have emerged from the trail.

They’ve poked fun at the lack of likeness to the ladies, while poor old Wayne Rooney has been likened to a potato in his sketch!

Coleen has been seen with her cheekbones highlighted in white for a glam effect, while another also saw her compared to “Norman Bates’ mother”.

Others said that the artist appears to like Rooney more than Vardy going on the sketches of the latter.

The ladies have also been compared to a “Status Quo tribute act” and something out of a 1980s episode of Miss Marple.

Brits have even gone so far as to say the women should switch from going head-to-head with each other and “sue” the court artist instead!

One onlooker wrote: “Never mind suing Rebekah Vardy, I’d be suing the court artist if I was our Coleen. Terrible business this.”

If I were Coleen Rooney, I’d sue the courtroom artist for portraying me as a Status Quo tribute act.

Another agreed and said: “Coleen Rooney and Rebekah Vardy should both be suing the court artist.”

They then predicted the artist would need some “yellow crayons” after Vardy arrived at court head-to-toe in the hue.

“Hope she had some yellow crayons today!” they added.

“Coleen Rooney and Rebekah Vardy should both be suing the court artist,” said another. “One the pics today – I wasn’t even sure which one of them it was.”

“If I was Rebekah Vardy I’d be asking if I could change my target mid-case from Coleen Rooney to these court artists. Just superb,” another said.

“Who on earth is doing the court’s drawings? This is meant to be #coleenrooney It looks absolutely nothing like her. It looks more like #NormanBates mother,” said another.

“I can’t help myself chuckling at these court drawings of #wagathachristie. They must be fuming,” giggled another.

“If I were Coleen Rooney, I’d sue the courtroom artist for portraying me as a Status Quo tribute act,” another quipped.

Coleen’s husband Wayne has also been in court, so he appears in the sketches, too.

“That’s taken artistic liberty too the extreme,” said one about a drawing of Wayne.

However, Jon Mills from SWNS, who has a court illustrator at the trial, has hit back at the jokes.

He has also revealed that they aren’t actually done right then and there in court.

Mills tweeted: “Our court artist isn’t on this site so happily she won’t see all the snidey jokes about the Vardy/Rooney drawings.

“I’m pretty sure people don’t realise they aren’t done from life, they’re done from notes and from memory.

What do you think of the drawings? Tell us on our Facebook page @EntertainmentDailyFix.