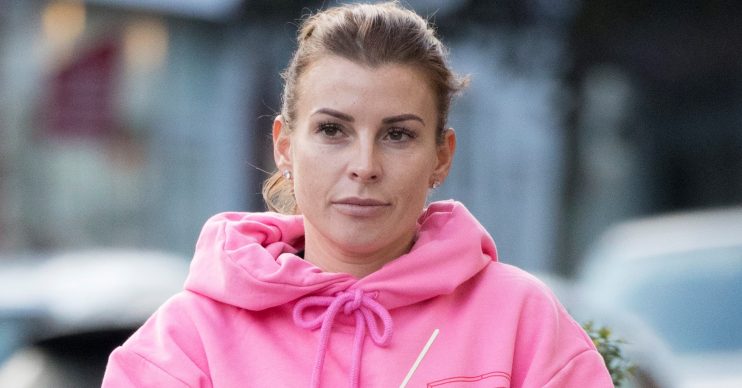 She's unable to join her family in Barbados

Coleen Rooney has shared a sweet photo of her youngest son following her drama with Rebekah Vardy.

Earlier this month, Coleen accused fellow WAG Rebekah of leaking personal information about her to the press – an allegation Rebekah denied.

Coleen has now taken to Twitter to reveal she has become ill and is unable to go on holiday with her husband Wayne and their kids in Barbados.

Lovely morning in the fresh air with Cass. We had planned to be with the rest of our family in Barbados for half term break. Unfortunately I became poorly with an infection before we were due to leave. I am not able to join them for the time being, even though I am feeling better pic.twitter.com/n2f1RZ4426

Coleen shared a picture of their youngest Cass, one, enjoying the “fresh air”.

She said: “Lovely morning in the fresh air with Cass. We had planned to be with the rest of our family in Barbados for half-term break.

“Unfortunately I became poorly with an infection before we were due to leave.

“I am not able to join them for the time being, even though I am feeling better.”

At the weekend, Coleen and Wayne’s other sons Kai, nine, Klay, six, and Kit, three, were spotted with Coleen’s dad in Barbados.

Footballer Wayne played for D.C. United on Saturday before flying out to join them.

It comes after Coleen took aim at Rebekah after private details about her family and friends were passed on to the press.

The mum-of-four said in a statement posted to her Instagram: “For a few years now, someone who I trusted to follow me on my personal Instagram account has been consistently informing [a] newspaper of my private posts and stories.

I am not able to join them for the time being, even though I am feeling better.

“There has been so much information given to them about me, my friends and my family – all without my permission or knowledge. After a long time of trying to figure out who it could be, for various reasons, I had a suspicion.”

Coleen explained that she blocked all of her followers from viewing the Stories and posts which feature on her private Instagram account, except for the one account she suspected.

“I have saved and screenshotted all the original stories which clearly show just one person has viewed them. It’s….. Rebekah Vardy’s account.”

Shortly after, Rebekah – who is pregnant with her fifth child – issued a statement denying Coleen’s allegations.

She said: “As I have just said to you on the phone, I wish you had called me if you thought this.

“I never speak to anyone about you as various journalists who have asked me over the years can vouch for. If you thought this was happening you could have told me and I could have changed my passwords to see if it stopped.

She added: “I’m not being funny but I don’t need the money what would I gain from selling stories on you? I liked you a lot Coleen and I’m so upset that you have chosen to do this, especially when I’m heavily pregnant.

It was later reported that Rebekah reportedly threatened Coleen with legal action unless she retracts her claims.