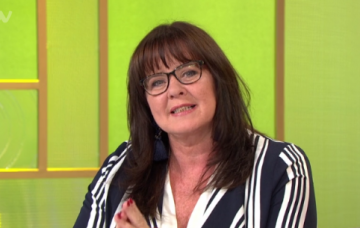 She's recently stepped away from the spotlight

Coleen Nolan is one of the latest celebrities rumoured to be doing I’m A Celebrity… Get Me Out Of Here! this year.

The presenter, 53, has been taking a break from Loose Women and has postponed her upcoming solo tour after being subjected to a wave of online abuse following an interview with Kim Woodburn in August.

However, it seems Coleen may be considering a return to TV soon as, according to the Mirror, bookies Ladbrokes are tipping Coleen to head into the Aussie jungle.

According to the publication, Ladbrokes have placed Coleen’s odds of doing the show at 4/1.

Coleen stepped away from the public eye following a disastrous Loose Women interview with Kim, which was set up by producers in the hope that the two women could bury the hatchet after falling out on Celebrity Big Brother last year.

But it didn’t quite go to plan and Kim ended up walking off set in tears and Coleen was branded a “bully” on social media, an allegation she has vehemently denied.

Following the backlash from the interview, Coleen announced her hiatus from the daytime show, as well as plans to postpone her solo tour that had been due to kick off in January.

Her rep said Coleen was “not strong enough” to withstand the “constant” online trolling she’d received.

A statement from her rep read: “Coleen is devastated to let her supporters and fans down, but is currently not strong enough to withstand this constant unfounded online abuse, so she will be taking time out and spending it with her children and family where she feels loved and respected.”

Coleen’s fellow Loose Women co-stars, Linda Robson and Nadia Sawalha, have since spoken out, saying the team are hoping Coleen will return to work but won’t rush her.

Coleen is the latest famous face tipped to be heading down under to take on the Bushtucker trials on I’m A Celebrity.

Read more: Who’s rumoured to be going into the jungle for this year’s I’m A Celeb?

The show is expected to return later this year with Dec Donnelly and Holly Willoughby as hosts.

Who would you like to see head into the jungle? Let us know what you think by leaving us a comment on our Facebook page @EntertainmentDailyFix!