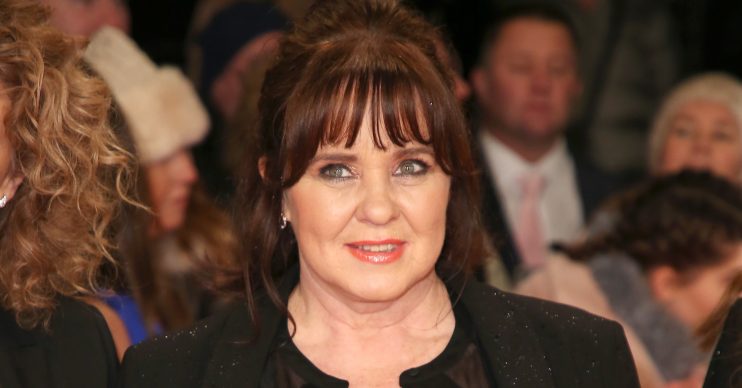 She said he invited her back to his hotel

Coleen Nolan has revealed she almost fell victim to Jimmy Savile when she was 14.

The Loose Women panellist shared her experience with the late disgraced broadcaster during an appearance on talkRADIO Drive Time Show on Wednesday.

Coleen, 54, said she remembers Jimmy “invited” her “back to his hotel room when I was 14 when my sisters were doing Top of the Pops”.

She said: “I remember Jimmy Savile invited me to his hotel when I was 14 when my sisters were doing Top of the Pops.

“He didn’t do it in front of them but I went back after the show and said, ‘oh Jimmy Savile has invited me back to his hotel suite’ and not thinking anything of it and not thinking I would go because to me even then he was just an old, ugly man but my sisters were like ‘did he now?'”

She continued: “Luckily my sisters and I had been in the business so I was kind of surrounded by older, lecherous guys I guess at that point.

“Also my sisters protected me, but I have thought since then if I had just been a young fan and thought ‘wow’, he was massive in his day, you would be so thrilled to tell your friends. Awful.”

In subsequent years, allegations against Savile – who died in 2011 at the age of 84 – claimed that he was a sexual predator and paedophile.

It was alleged that he sexually assaulted hundreds of women and children over the course of 50 years.

During her radio chat, Coleen also said she never experienced anything inappropriate during her career.

Luckily my sisters and I had been in the business so I was kind of surrounded by older, lecherous guys I guess at that point.

She said: “There were definitely things that looking back you think, yeah that did happen – whether it was inappropriate touching of you or whatever.

“I guess in those days… I guess I can’t say I look back and think that really affected me because it didn’t.

“I grew up where if someone did that to me I would turn around to them and go ‘if you do that to me again, I am going to smash your face in’. You know what I mean? It was just don’t do that again. But yeah it did go on, I’m sure.”

Read more: Coleen Nolan hits back at claims Ruth Langsford has ‘had enough of her’ on Loose Women

Meanwhile, Coleen is busy with her role in the play Thunder Girls and her upcoming show on a cruise with her sisters.

Earlier this week, Coleen spoke about the cruise and her single status on This Morning: “Yes I’m Coleen and I’m single and ready to mingle.