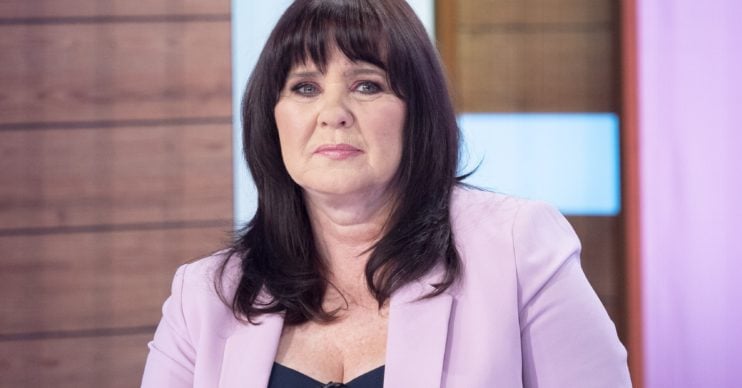 Coleen Nolan is ‘broken hearted’ on anniversary of sister’s death

Loose Women favourite Coleen Nolan has shared her sadness with fans on the anniversary of sister Bernie’s death.

Actress Bernie died of cancer in 2013 at just 52 after fighting the illness for three years.

“Coleen and family will be united in their loss of her once again on this sad day. She never wanted remembering as ‘the girl that died of cancer’ though – so here she is at her best.”

The tweet included a video of Bernie performing solo singing The Winner Takes It All.

Today’s the sad anniversary of Bernie’s passing. What a woman she was. Coleen & family will be united in their loss of her once again on this sad day. She never wanted remembering as ‘the girl that died of cancer’ though – so here she is at her best
🎤 👏https://t.co/rmOp3UvsHf

Coleen’s fans have also showed their support for the mum of three. One fan tweeted: “My thoughts are with you and your family lots of love.”

Another shared: “Thinking of all the Nolan family today, what a beautiful lady Bernie was. Love to you all.”

A third added: “What a voice, lovely memories for you and your family.”

Whilst reminiscing Coleen has also shared some touching memories of sister Bernie, particularly when they alongside their other sisters performed as The Nolan Sisters.

Coleen, who is a regular face on ITV’s Loose Women, shared a tweet featuring The Nolan Sister’s top hit I’m In The Mood For Dancing.

The tweet shared with a broken heart emoji was one of many to mark the anniversary. Coleen also shared her sister Linda’s tweet, which read: “Bernie, it’s been seven years without you.

“Not a day goes by without thinking of you and missing you more than words can say. I love you.”

Coleen has also had to face more hardship as older sister Linda fights cancer, and even had treatment delayed due to lockdown measures.

Speaking on ITV’s This Morning, Coleen said: “It is worrying. I know one of her injections was delayed for a couple of weeks, which meant she was in a lot of pain with her bones.”

She continued: “You don’t want her to miss what she should be having.”