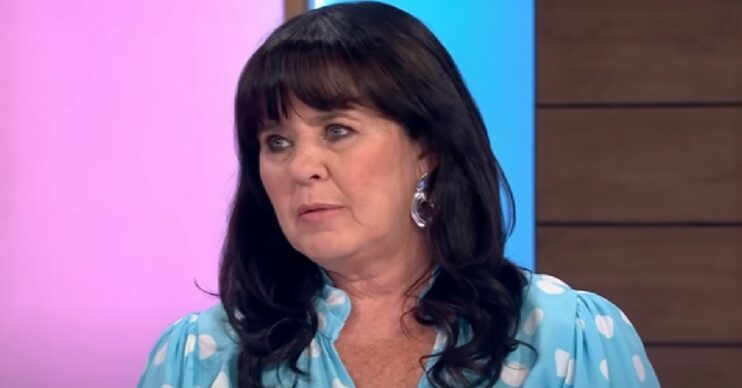 Coleen Nolan has issued a warning to her fans on Twitter following weight loss claims.

The Loose Women star shared a message on Thursday as she hit back at “lies” regarding her weight loss.

Coleen shared a screengrab of an advert using her image alongside “weight loss gummies”.

The sponsored post claimed Coleen was using the gummies to lose weight.

However, Coleen cleared things up with her followers on Twitter as she revealed the real way she lost weight.

She tweeted: “Hi guys so just wanted to flag up that this is an absolute LIE so please don’t buy it thinking I lost weight by eating these…

“I went plantbased so just ate more healthy and as a bonus I lost weight too!!

“Makes me so ANGRY that they can make [bleep] up like this.”

Coleen’s followers thanked the star for her “honesty”.

One said: “Love your honesty as always Col. Too many people try to make money from others’ names but you have stopped that now. Keep it going young lady you’re doing great.”

Another added: “It makes me angry too Coleen! Thank you for sharing it and outing them.

“Have a fantastic wedding weekend.”

On Loose Women this week, Coleen admitted she’s going to be “a mess”.

She said on the show: “I never expected to have a weird feeling about him getting married, and I know it’s going to be beautiful.

“I feel like I could cry now and I’ve not seen them walking down the aisle yet. I’m going to be a weeping mess.”

Coleen added: “I am now going, ok I hand him over to you, so my job really is done.

“But at the same time, I get an overwhelming sense of pride for myself, I got him here.

“The wedding jitters are there but mainly because I don’t want to make a show of myself.”