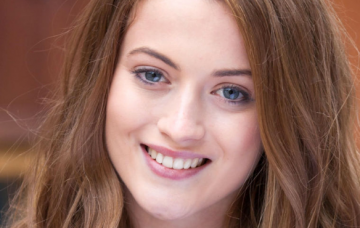 Hollyoaks stars have shared stories about their personal battles with depression and anxiety to help destigmatise mental health.

The Channel 4 soap is supporting Mental Health Awareness Week (May 14 – 20) and a video sees some of its actors and crew talking with digital filters on their faces, before removing the masks to reveal their identities.

The #DontFilterFeelings campaign has been backed by mental health charity Mind, and comes ahead of Hollyoaks airing an episode which sees character Alfie Nightingale being diagnosed with a schizoaffective disorder in a special episode on June 4.

In the video, Bob says: “It’s like a dull whir, that suddenly spins out of control, the idea that you can’t actually turn your brain off. It’s beyond your control.

“I was once going through a really difficult time where I literally couldn’t get out of bed. I was speaking to a friend on the phone and they said, ‘I don’t want to ask you how it feels, I just want to say to you, worry is like a rocking chair – it gives you something to do but it won’t get you anywhere’.

“And because it made me laugh, I suddenly looked forward to the moments when I view my situation like that.”

Bob said he was “delighted” to contribute to the campaign, because it was something that has affected him for his entire life.

McQueen, whose character Lily is recovering from self-harming, said: “Watching this film made me realise how important mental health is.

“It doesn’t matter how big or small, your age or work place, we can all have mental health concerns which people deal with differently.

“Most importantly we need to look after our mental health and don’t hide our feelings.

“I’m so happy to be contributing in raising awareness and representing young women.”

Alison Kerry, from Mind, said: “Hollyoaks have created an incredibly powerful film as part of their ground-breaking #DontFilterFeelings campaign and to mark Mental Health Awareness Week.

“Many of us can feel like we need to wear a mask and pretend that we are coping when we’re not.

“It’s wonderful to see so many people being so candid about their mental health experiences.

“It will hopefully empower anybody who may be going through similar things to reach out and talk about it.”