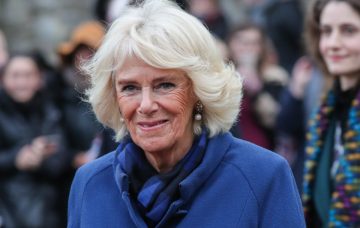 The royals were out in force earlier today, to celebrate the festive season at the Queen’s official Christmas lunch.

But one family member was notably absent… Camilla, Duchess of Cornwall.

Now Clarence house has explained why she was missing from the important date in the royal calendar.

A spokesperson revealed that she has a heavy cold, and will also be cancelling an appearance at the Olympia Horse Show this evening.

Her Majesty opened the doors to Buckingham Palace to welcome the royals for her annual feast.