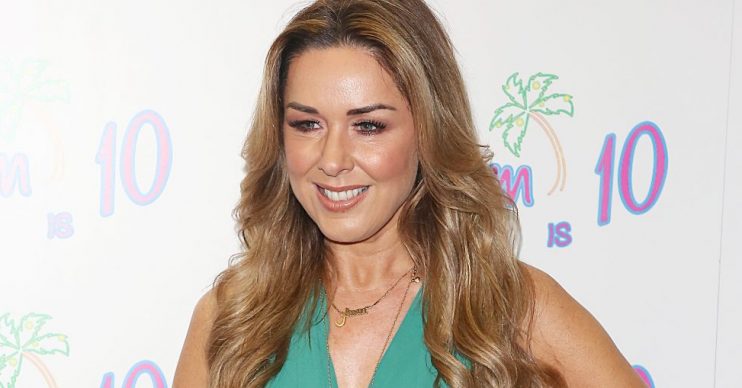 Claire was forced to leave the stage following the incident

West End star Claire Sweeney was forced to halt the performance of her newest play this week after she accidentally sliced her hand open in front of a shocked audience.

The former Brookside star, 48, was peeling potatoes during a scene in Shirley Valentine when she cut herself and began to bleed onto the set.

Realising she needed to get the wound bandaged, Claire reportedly addressed the audience calmly and told them that she needed to leave the stage.

However, a determined Claire didn’t want to let the audience down, and she returned minutes later to complete the scene with a bloodied bandage wrapped around her hand, reported Gloucestershire Live.

Read more: ‘Flustered’ Anne Hegerty loses out to ‘great team’ on The Chase

An audience member recalled after the incident: “She’s there in the kitchen getting everything ready for her husband when he gets home. She was peeling a potato and then cutting them with a knife. She cut the palm of her hand with it.

“She said: ‘I am going to have to go off and get this sorted.’

“The whole thing was very good and that didn’t spoil it for everybody and probably made it more memorable. She got a standing ovation.”

Despite her bravery, Claire later revealed on Twitter that she was forced to rush to A&E after she completed her performance to get the nasty wound stitched up.

Thankfully for Claire’s fans, her injury won’t keep her from doing what she does best, with her play continuing at the Everyman Theatre until Saturday, February 22.

Last year, Claire took to social media to hit back at claims that she was “miserable” after gaining weight.

The actress posted the image of a magazine’s cover to her social media accounts, with the front page displaying a headline that read: “Claire’s weight misery.”

Replying with the hashtag “#nomisery”, Claire slammed the fat-shaming story. She said: “I cannot believe that in this day and age, mags are still fat-shaming.”

She continued: “I’ve been in the business long enough to grow a thick skin, however, I worry about those in the public eye who may not be so strong.”

Would you write a poem for your other half? Visit our Facebook page @EntertainmentDailyFix and tell us what you think of this story.