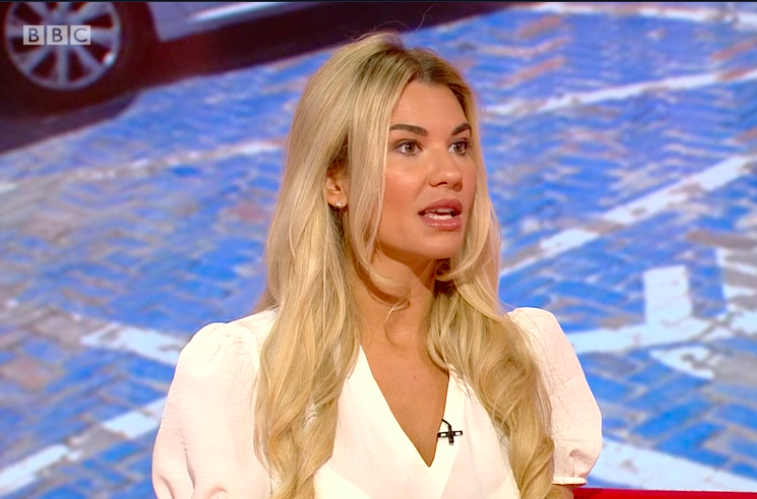 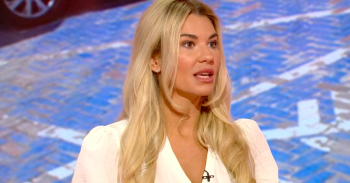 Christine McGuinness says she’s been approached by strangers many times demanding to know why she’s parked in a disability spot.

The Real Housewives of Cheshire star and wife of Paddy McGuinness is the mother of three young children – two of whom have been diagnosed as autistic.

The 31-year-old appeared on BBC Breakfast on Friday to talk about the challenges she faces as a mother of children with disabilities and said she’s often questioned over her use of a blue parking badge.

“Nine out of ten times I’ll be questioned on why I’m parked there, am I entitled to use that badge, which one [of the twins] is disabled, and I’ve found myself having to calmly explained that actually my children are autistic.

Read more: Christine says Paddy has only been home 5 times in past 30 days

“And you might not be able to see it, but if I wasn’t parked here we’d be in a different situation right now,” she said while on the morning news show.

She explained that it is much safer for her to park closer to buildings, as her children don’t have as strong a sense of danger as others.

“It makes a huge difference, we’ve only had it for six months but we’ve got so many hospital appointments it just makes it a lot easier to park there.

“It’s a lot safer for the children. My children don’t have much sense of danger at all when it comes to road safety, so they might freeze in the middle of the car park, or they might just run.

“Other people might look at them and think, ‘that child’s being naughty’, or ‘woman, control your children’,” she explained.

She went on to say that strangers negative assumptions about her using the disability badge and of her children’s behaviour does little to help often already very stressful situations.

“These are random people, the general public will ask, ‘why are you parked in that space? Can I have a look at your Blue Badge?’

“It’s so frustrating because if I can, I’ll park in a parent-child space, but then they’re often taken up – that’s a whole other subject with people who haven’t even got children.

“Just last weekend I took the children out, I was on my own, I have bags full of all their things – I have to take a whole medical kit with me – I have three young children, all three of them have no awareness of the dangers, and every disabled space was full.

“There was five spaces and only one of those cars had a Blue Badge. I found myself in quite a dangerous situation where one child froze in the middle of the car park, one ran off, and one just wandered about completely oblivious, and it’s so dangerous.”

Christine and Paddy first discovered their twins, Penelope and Leo, had autism in November 2017. They received a formal diagnosis after noticing their young children were struggling with anxiety and sensory issues.

They believe their youngest child, daughter Felicity, may also have autism after showing signs of the disorder.

What do you think of Christine’s experiences when using a disability badge? Share your thoughts with us on our Facebook page @EntertainmentDailyFix