Christine McGuinness has revealed she and husband Paddy McGuinness were able to get their children on an airplane for the first time in six years.

The couple's twins Penelope and Leo, six, have autism and Christine has explained how trips abroad haven't been possible in the past.

She has now shared a heart-warming post about their little ones and posted a sweet photo of them boarding a plane at Manchester airport to fly to Southampton.

Their children, including two-year-old Felicity, are pictured walking up the steps and wearing noise-cutting headphones.

This was it, the moment we waited six years for, boarding the airplane for the very first time!

This was it, the moment we waited 6 years for, boarding the airplane for the very first time! 👏❤️ ⠀ I wasn’t sure if my heart was going to stop with fear or burst with pride! ⠀ There was some hesitation getting on but once they were in their seats they actually really enjoyed it!. ⠀ I think our problem now is deciding where to go next?. ☀️✈️😄 #MyBabies #ILOVEYOU #ProudMummy #NothingWillHoldYouBack #autism #AutismAwareness #AnythingIsPossible #YNWA

Christine wrote: "This was it, the moment we waited six years for, boarding the airplane for the very first time!

"I wasn't sure if my heart was going to stop with fear or burst with pride! ⠀

"There was some hesitation getting on but once they were in their seats they actually really enjoyed it!"

She added: "I think our problem now is deciding where to go next? #MyBabies #ILOVEYOU #ProudMummy #NothingWillHoldYouBack #autism #AutismAwareness #AnythingIsPossible #YNWA."

Christine explained she and Paddy decided to fly their kids to Southampton to ease them into the process of flying and they hope they'll be able to go abroad one day.

❤️❤️❤️ we done it 😍 our first flight all together as a family and it went so well. We are immensely proud of Leo, Penelope and Felicity. Despite all of the extra obstacles our children have to deal with, they stepped well out of their comfort zone and they done it so well. This has been 6 years in the making, planning and dreaming for a family holiday. We started with a weekend in Southampton (we didn’t want to risk going abroad for the first time flying incase it went awful, we knew we could get a train home) but they done amazing, I don’t think it will be long until we have our first holiday abroad! 🙏☀️❤️⠀ This maybe be a ‘normal’ thing to do for most families but for ‘autism’ families like ours this is a huge achievement! Thank you @manairportuk @sou_airport @flybe for assisting and understanding our children’s additional needs we really are so grateful. #theproudestmummyintheworld #PeppaPigWorld #exhaustedMummy #proud #autism #autismawarness

Christine's Real Housewives of Cheshire co-star Tanya Bardsley commented on the post: "Amazing so happy for you guys."

Christine replied: "Honestly I just feel like the proudest mummy in the world, they were so good! I'm finally going to travel with my babies."

The model and her presenter husband have been vocal about the challenges their children have faced with their autism.

Paddy recently opened up about their struggle to go away on family holidays. 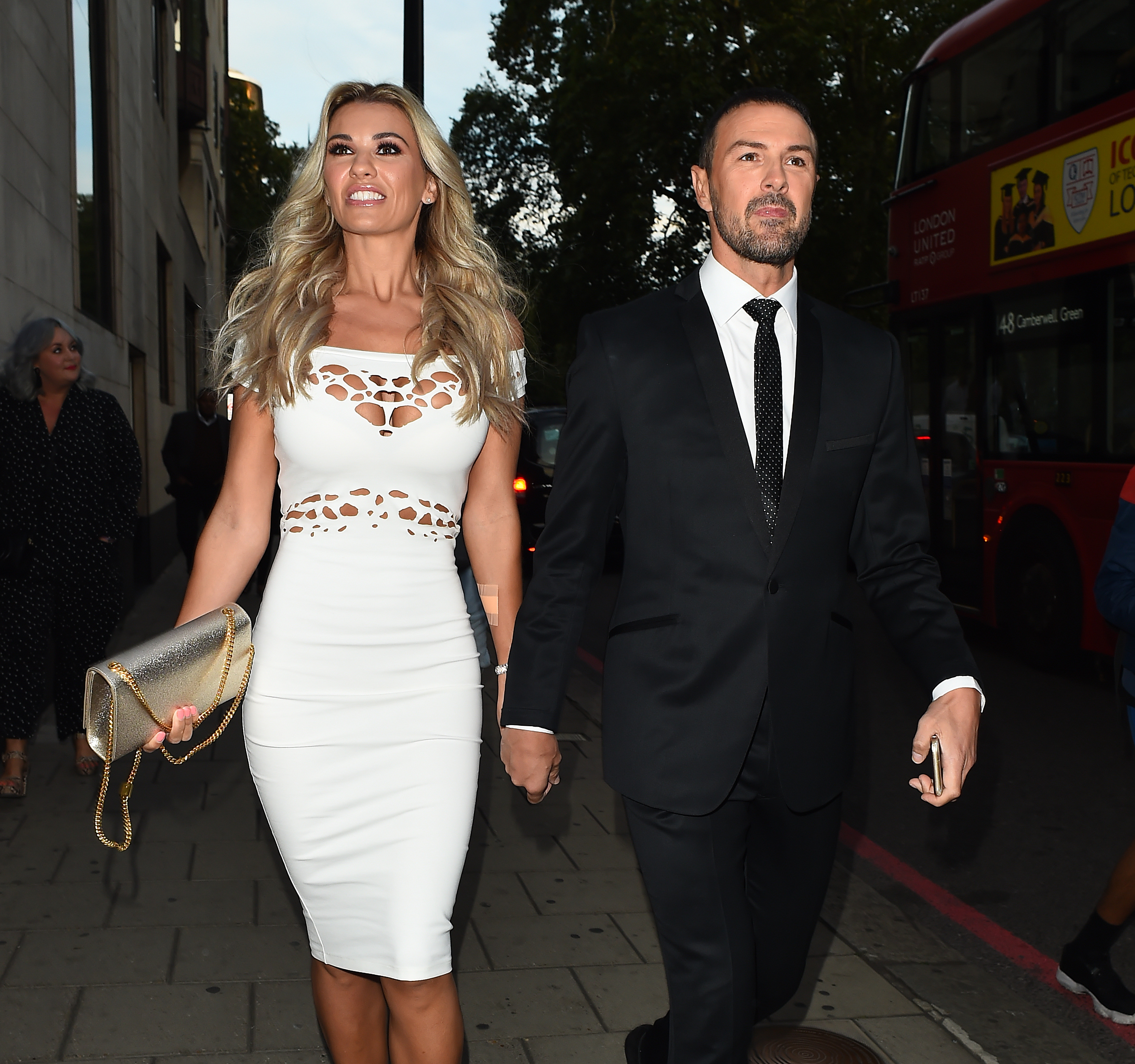 Christine and Paddy have spoken out about autism in the past (Credit: Hewitt / SplashNews.com)

Read more: Paddy McGuinness had therapy to beat his fear of flying ahead of Top Gear

They have spoken out on numerous occasions to reach other families going through the same thing and they now host an annual ball to raise money for the cause.