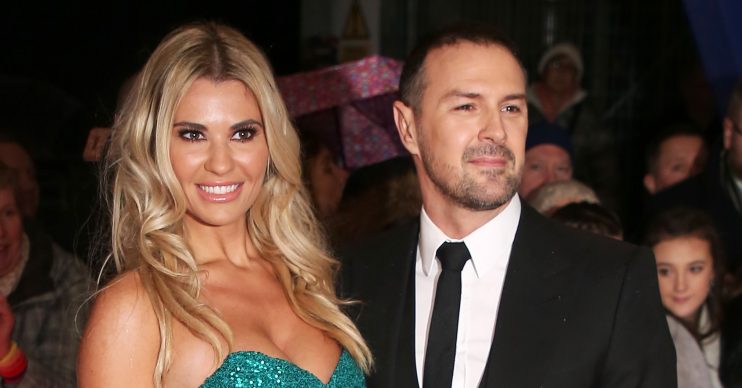 She recalled a moment she thought she had lost her twins

Christine McGuinness has revealed it took her four years to get pregnant after battling anorexia as a child.

The star also recalled the heartbreaking moment she thought she had miscarried her twins, Leo and Penelope.

Christine has six-year-old Leo and Penelope, who both have autism, and daughter Felicity, three, with her husband Paddy McGuinness.

Thank you to everyone who came and listened to me last night at the #HappyMumHappyBaby live tour!. @mrsgifletcher a massive thank you for having me, wishing you lots of good luck with the rest of the tour, you were amazing! 💖💕

Speaking on Giovanna Fletcher’s Happy Mum Happy Baby podcast, Christine opened up about her difficult pregnancy with the twins.

She said: “There’s one part, I’ll never ever forget. I still get emotional thinking about it.

“I thought I lost the twins and I think just after trying for so long, the thought of losing them, it broke my heart. Thank god they were absolutely fine.

“Apparently that can happen with twins or in any pregnancy really, it can happen.

“You can bleed through your pregnancy but the thought of losing them, I’d already fallen in love with them.

The good vibe tribe ❤️ my little bunch of crazies!. ⠀ I am looking for more days out with my trio to get through the end of these school summer holidays, any recommendations?. ⠀ #SquadGoals with my #MiniMcs #FamilyDaysOut

“These were babies to me and for people that that does happen to, god I can’t imagine how that must be.”

The mum-of-three also spoke about how it took her four years to get pregnant after battling an eating disorder when she was a child and teenager.

She continued: “I had anorexia for over ten years as a child and all through my teenage years. It sort of got better when I met my husband [aged 19].

“I was getting better and it was that strive and that I just really wanted to be a Mum that made me get over that, because when I went to see the doctor they said that the reason I wasn’t ovulating and wasn’t have periods.

Happy Birthday Felicity 🎀 #3today blessed to be your mummy!. I am so proud of you. Beautiful, caring, funny, intelligent, brave, and wow you are loud for a little lady! 💖💕 #Happy3rdBirthday

“And it was all down to me having an eating disorder so that is what made me get better but it took four years for everything to regulate itself if that makes sense and eventually, I tried a bit too hard and I got pregnant with twins!”

Christine and Paddy revealed their twins’ autism diagnosis on their fourth birthday in 2017. Felicity has also showed signs of the condition.

Earlier this month, Christine said she and Paddy were able to take their kids on their first holiday abroad.

She said on Instagram: “This time last week we went on our first little adventure abroad.

And a big ‘well done’ mummy and daddy for still smiling at the end of our first holiday together in 6 years! 😁 (even though I’m sure at times we could have killed each other!) We planned and prepared as much as we could to make this weekend as smooth as possible for our children on their first holiday abroad, we really will cherish these memories forever. ⠀ I would like to thank each and every one of you who follow our family journey, I know these moments are ‘normal’ for most families but honestly, this is a very special big massive milestone for ours ❤️ #NeverGiveUp

“I’m still gushing over how well they done. My babies are smashing life even with their obstacles, nothing will hold them back!”