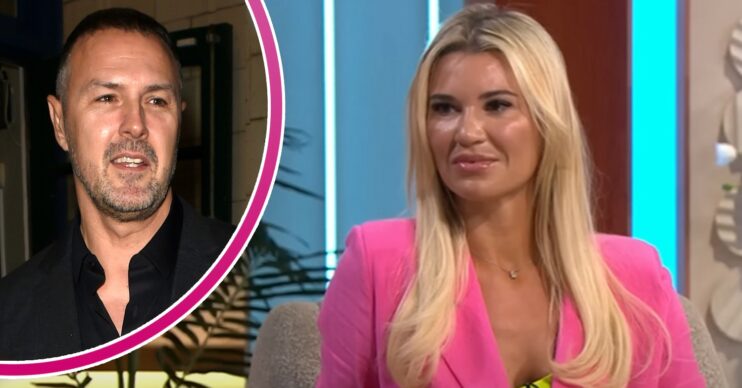 Christine McGuinness has been supported by her Instagram fans as she told them she faced “another bump in the road” yesterday.

The star, who recently admitted having some marriage problems with husband Paddy, shared a message to Instagram after a mishap with her car.

Model Christine was out enjoying a walk but when she returned, the tyre of her car was flat.

The star said: “I’m all smiles until there is another bump in the road that completely deflates me like the tyre on my car!

“I’ve got to laugh, it’s not a bad life, just another situation I need to sort.”

Over on her Instagram Stories, Christine admitted she already “feels lost” without her car.

She said: “I actually love my car! Like, really love it. It’s my happy place, my freedom, my music…

“I already feel lost with it,” followed by a sad face emoji.

I’m all smiles until there is another bump in the road that completely deflates me.

Fans supported Christine as one said: “But you are a strong, tough and beautiful lady, bumps in the road are no match for you boss lady.”

Another added: “You will always smile on no matter what life throws at you.”

“Just keep on smiling and doing what you do,” a third wrote.

It comes after the mum-of-three recently opened up about her marriage to Paddy.

During an interview with The Sun, Christine admitted they were having “a very, very difficult time”.

She said: “We are having a very, very difficult time. I’m feeling really quite raw and all over the place.

“It’s just — we’ve been together 15 years, 11 years married: we are gonna have ups and downs — but this situation at the minute — I don’t want to go into it too much but I will just say that I didn’t cause this situation.”

Meanwhile, during an appearance on Lorraine earlier this week, Christine addressed the reports surrounding her marriage.

She told stand-in host Carol Vorderman: “Marriages just go up and down anyway, all marriages – especially long ones like ours, 15 years together.

“It’s not always going to be plain-sailing. We’re trying to deal with things as privately as possible and we both just want to be there to support the children and give them an amazing summer.”