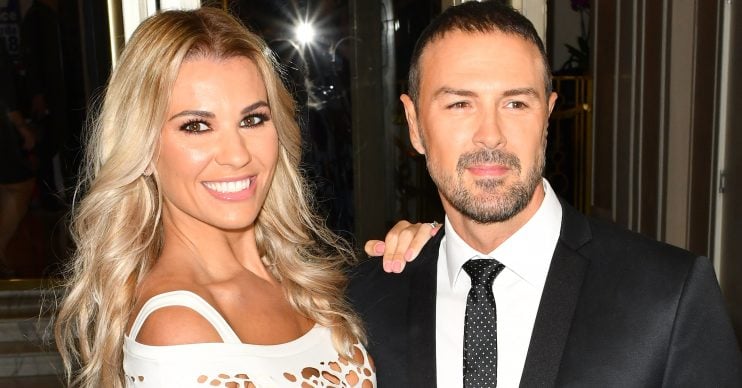 Christine McGuinness recently revealed she was the “happiest” she’s ever been, but her husband Paddy has admitted that life isn’t exactly a bed of roses for him at the moment.

The Top Gear presenter is in the doghouse at home after getting a telling off from his wife after their daughter Felicity, two, copied his bad language.

Paddy said that a swear word accidentally slipped out while he was working out.

He said the tot repeated it back to him and he ignored it, but she kept saying it and even repeated it as they got to nursery.

The couple are parents to six-year-old twins Penelope and Leo, who have autism, and Felicity.

The red-faced star told his Instagram followers: “It was that moment when the kids hear you swear and then repeat it!”

My little world right there 😍 ⠀ We had the most memorable weekend, I’m so proud of my children. They just blow me away, they amaze me with how well they cope ❤️ my strong babies!⠀ .⠀ #PeppaPigWorld is a fantastic family day out for young children @paultonspark

He added: “I tried not to react but it was too late. My two year old is now swearing like a docker.”

Paddy then revealed: “No more cursing for me!”

The TV host continued: “I had a little stretch and I said: ‘Oh s**t!’ and my daughter said it back.”

He added: “I didn’t even know she was there.”

Revealing that he ignored the episode, Paddy continued: “I didn’t say anything, but she said it again. I ignored it, but then she said it about 20 times.”

❤️❤️❤️ we done it 😍 our first flight all together as a family and it went so well. We are immensely proud of Leo, Penelope and Felicity. Despite all of the extra obstacles our children have to deal with, they stepped well out of their comfort zone and they done it so well. This has been 6 years in the making, planning and dreaming for a family holiday. We started with a weekend in Southampton (we didn’t want to risk going abroad for the first time flying incase it went awful, we knew we could get a train home) but they done amazing, I don’t think it will be long until we have our first holiday abroad! 🙏☀️❤️⠀ This maybe be a ‘normal’ thing to do for most families but for ‘autism’ families like ours this is a huge achievement! Thank you @manairportuk @sou_airport @flybe for assisting and understanding our children’s additional needs we really are so grateful. #theproudestmummyintheworld #PeppaPigWorld #exhaustedMummy #proud #autism #autismawarness

The star added: “I took her into nursery and she was still saying it.”

He concluded: “I’ve got to pick her up later and I’ve got a feeling social services will be there. I’m in the [bleep].”

Christine and Paddy recently revealed that they had taken their three children on a plane for the first time as they headed off on a family holiday.

Have your children ever sworn in public? Let us know over on our Facebook page @EntertainmentDailyFix.