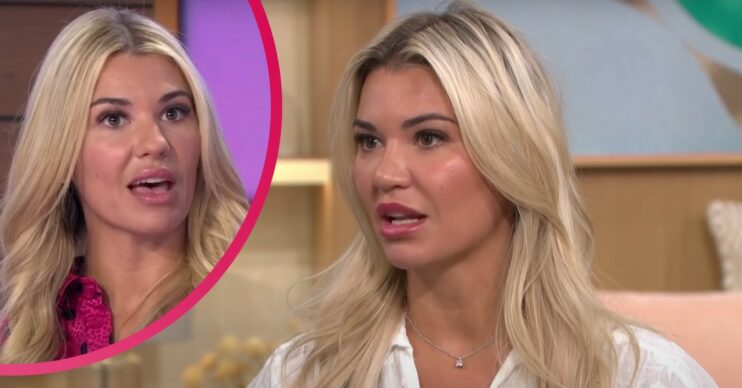 She recalls being unable to move her attacker off her

Christine McGuinness has revealed in her new book she ‘blamed herself’ after being raped at 13.

The TV personality and wife of comedian and presenter Paddy explains in her new book she suffered the attack at a house party.

And heartbreakingly, Christine added she used to believe she was at fault for what happened because she had been drinking.

Mum-of-three Christine recalls how she was just a teenager and lost her virginity when a boy from school raped her.

She subsequently felt she was to blame as she was under the influence.

Christine also explained how she remembers being so drunk she was unable to move her attacker off her.

She writes in her book A Beautiful Nightmare, published by the Mirror: “I took myself upstairs in a drunken stupor and got into bed.

“Not long after climbing under the covers while intoxicated, a boy from school came in and had sex with me, against my will.”

Christine continued: “I remember saying ‘no’ and I tried to push him off, but I was so drunk I couldn’t physically move him.”

Model Christine now realises she was not at fault. But as a child, she ‘blamed herself’ “massively”.

She reflects: “It’s why I’m really protective of my children, the girls especially. I try to take strength out of any kind of trauma. But there was no denying it was awful.”

It’s why I’m really protective of my children.

Describing her attacker as a “stupid boy who took advantage”, Christine found little support when she spoke to a teacher about what happened to her.

She adds she was told ‘she must have got things wrong’. Christine also feels there was more concern about how the alcohol was obtained.

Ordeals as a child

Horrifically, the rape was not the first time Christine was sexually assaulted.

She also shares how she was abused by someone close to her family between the ages of nine and 13.

The former Miss Liverpool indicates she was made to watch videos containing sexual content – as well as footage of murders.

Read more: Paddy McGuinness and wife Christine celebrate a decade of marriage together

She believes he was later imprisoned for child abuse.