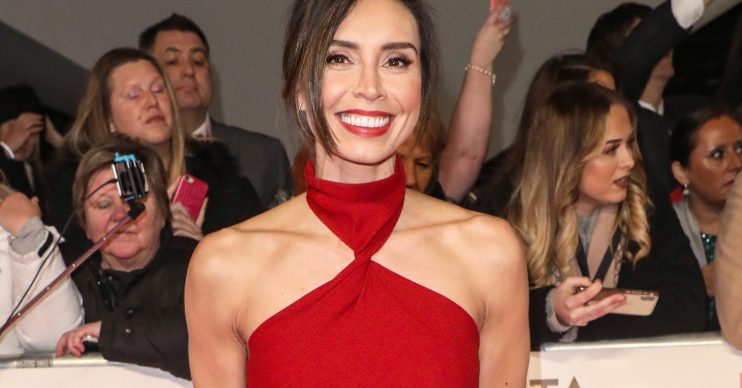 She shared snap of the tot's tiny ponytail on Instagram

In it, the tot has the tiniest ponytail with Christine commenting: “Just enough for a ponytail.”

Just enough for a ponytail 👶🏻😂🥰

It’s not the first time Christine has shared a picture of baby Patricia, who was named after Frank’s mum, but she is yet to show fans the little girl’s face preferring to protect her daughter’s identity.

One follower commented: “Would love to see her little face.”

Another added: “Ahh the cutest little pony ever”.

Christine and Frank welcomed Patricia – their first child together – in September 2018.

She wrote: “Four years ago I married my soulmate. You’re the best husband and daddy we could ever wish for.”

Christine is also step mum to  Frank’s daughters Luna, 14, and Isla, 12, from his previous relationship with Elen Rivas.

In an interview with Fabulous Magazine Christine revealed the girls love being big sisters to Patricia: “They adore her, I mean completely and utterly adore her, even more than I imagined they would.

Four years ago today I married my soulmate. You’re the best husband and daddy we could ever wish for. Happy Anniversary @franklampard 😘😘😘❤️❤️❤️🥂🥂🥂

“They’re at that perfect stage where I can ask them to keep an eye on her while I have a quick shower. They’re both very helpful, trustworthy and so brilliant with her.”

Back in January, Christine shared a photo of Patricia being a “daddy’s girl”.

In the image, Patricia is seen in her pushchair as she points at a sign for Chelsea football club – which her dad Frank is the boss of.

Fans gushed over the picture with one person commenting: “So cute!”

Another wrote: “Aww her hair is beautiful,” while a third added: “Aw wow her hair,” followed by heart eye emojis.

Christine previously revealed that their daughter Patricia is the “spitting image” of Frank.

She said on Lorraine last October: “He just absolutely adores her and she is the spitting image of him. She has none of my DNA, there’s a tiny little bit of curly hair starting at the back and that’s about it.

“Big blue eyes like her daddy. But no, he just adores her.”

Visit our Facebook page @EntertainmentDailyFix and tell us what you think of this story.