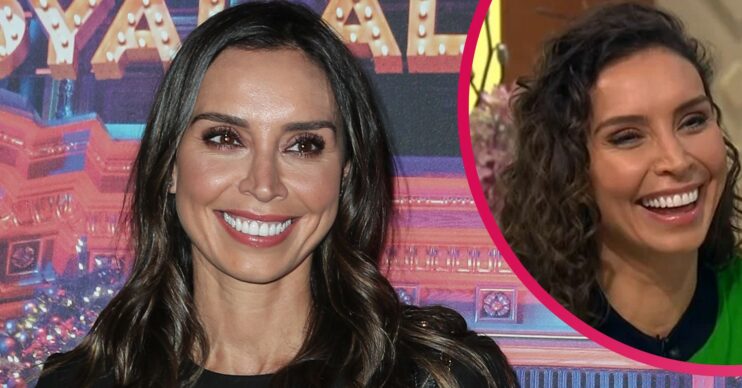 Christine Lampard delights fans with rare footage of daughter as they declare: ‘Just like mummy’

Christine Lampard has delighted fans with a video of her brushing her daughter’s hair.

And her 629K followers have all said how like her mummy Patricia is in one particular way.

In the footage Loose Women presenter Christine is seen running a brush through her daughter’s hair, while the little one sits and watches her tablet.

She captioned the video: “Curls are combed.”

Fans were quick to comment on how she has exactly the same hair as her mum!

Followers of Christine will know she actually has naturally curly locks.

She usually straighteners her hair or styles it into waves, but in the past she has left it to its natural state when hosting shows such as Lorraine.

Christine Lampard and her daughter are so alike!

Followers were quick to comment on the similarities between mum and daughter.

Pal and fellow TV presenter Kate Thornton wrote: “She has your hair!”

“Patricia has beautiful hair like you Christine. You must be a very proud mumma,” said someone else.

Another added: “You have to have our curly hair to understand this precious moment.”

“So cute! Patricia has mummy’s curls,” said a third.

One more wrote: “She has your beautiful hair.”

“Gets it from her mama!” said someone else.

How many children does Christine have?

Daughter Patricia Charlotte is three, and son Frederick George was born in January 2021.

Christine is also stepmum to Frank’s elder daughters, Luna, 16, and Isla, 15, with his ex, Elen Rivas.