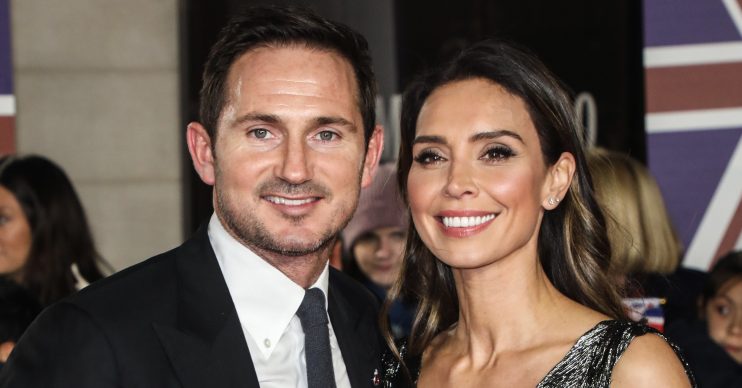 Fans are gushing over her hair!

Christine Lampard has shared the sweetest photo of her daughter Patricia, branding her a “daddy’s girl”.

The Loose Women presenter, who welcomed Patricia in 2018, posted the snap to Instagram showing the one-year-old alongside a sign for Chelsea football club – which her dad Frank Lampard is the boss of.

In the image, Patricia is seen in her pushchair as she points at the sign.

Fans gushed over the picture with one person commenting: “So cute!”

Another wrote: “Aww her hair is beautiful,” while a third added: “Aw wow her hair,” followed by heart eye emojis.

Christine and Frank welcomed Patricia – their first child together – in September 2018.

The couple rarely share photos of their little girl but in October last year, Christine told fans Patricia was walking alongside a snap of the tot’s feet.

These little feet have started to walk! The adventures start now 👣 👶🏻

The mum-of-one said: “These little feet have started to walk! The adventures start now.”

Meanwhile, last month, Frank and Christine celebrated other news as they marked their fourth wedding anniversary.

These little feet have started to walk! The adventures start now.

Christine shared snaps from their big day and wrote: “Four years ago today I married my soulmate. You’re the best husband and daddy we could ever wish for.

One of the images showed the newlyweds holding hands as they walked out of the church.

Four years ago today I married my soulmate. You’re the best husband and daddy we could ever wish for. Happy Anniversary @franklampard 😘😘😘❤️❤️❤️🥂🥂🥂

The second showed Frank and Christine with his two daughters – Luna, 14, and Isla, 12.

Christine recently revealed that their daughter Patricia is the “spitting image” of Frank.

She said on Lorraine last October: “He just absolutely adores her and she is the spitting image of him. She has none of my DNA, there’s a tiny little bit of curly hair starting at the back and that’s about it.

“Big blue eyes like her daddy. But no, he just adores her.”