Chris Ramsey has already charmed the nation with his cheeky personality on Strictly.

The Geordie comedian, 33, has now implored fans to vote for him on Saturday night because he feels as though he's been 'hit by a bus' after a tough week of training.

It's Charleston this week and I feel like I have been hit by a bus. 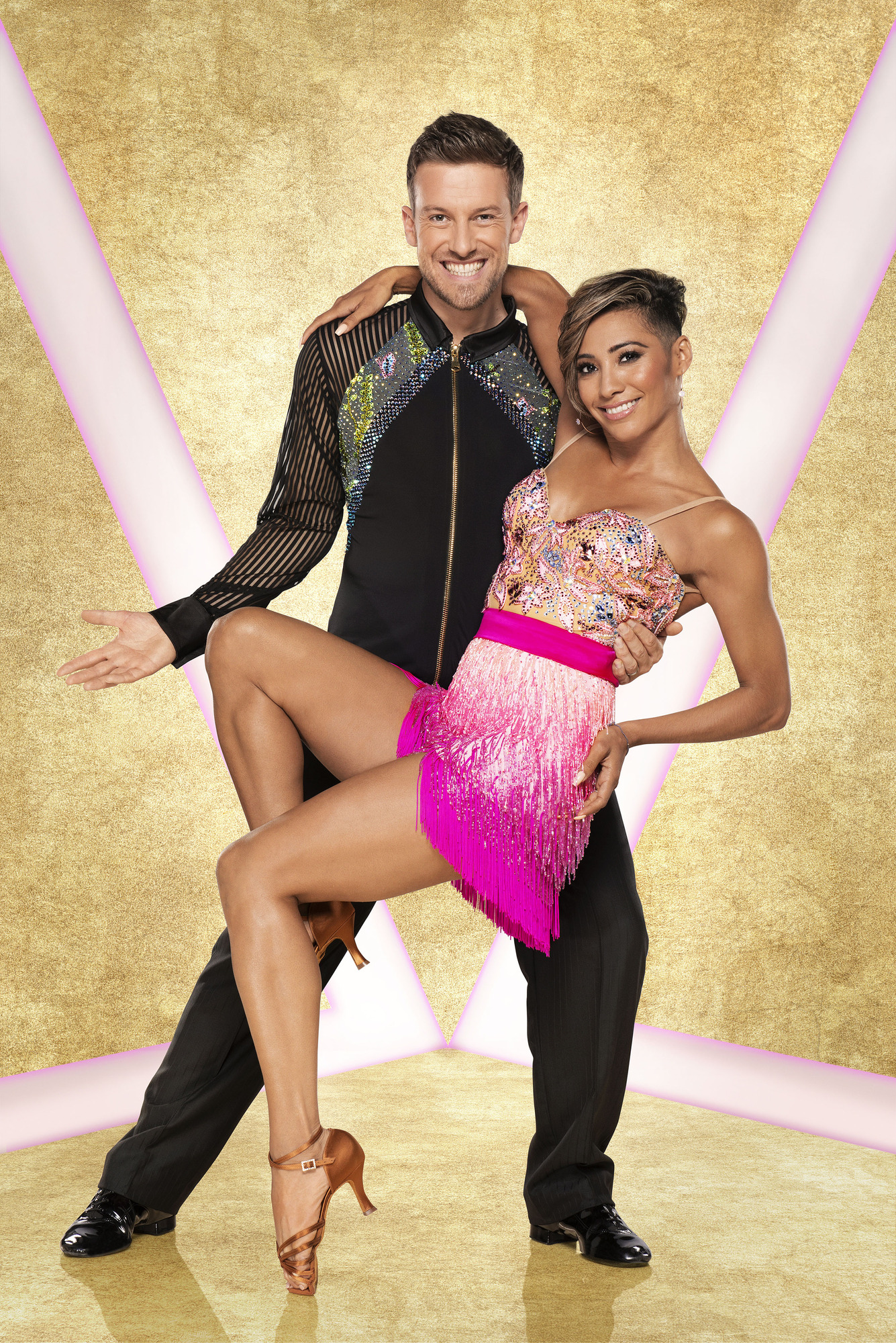 Chris and Karen have been training hard all week (Credit: BBC)

Chris took to social media site Instagram to post stories explaining just how hard training has been with his pro-dancer partner, Karen Hauer, this week.

"It's Charleston this week and I feel like I have been hit by a bus. It's madness. It's the most energetic thing in the world," he exclaimed.

"It takes about 20 minutes to roll out of bed and onto the floor and then crawl to the toilet but yeah, happy days." 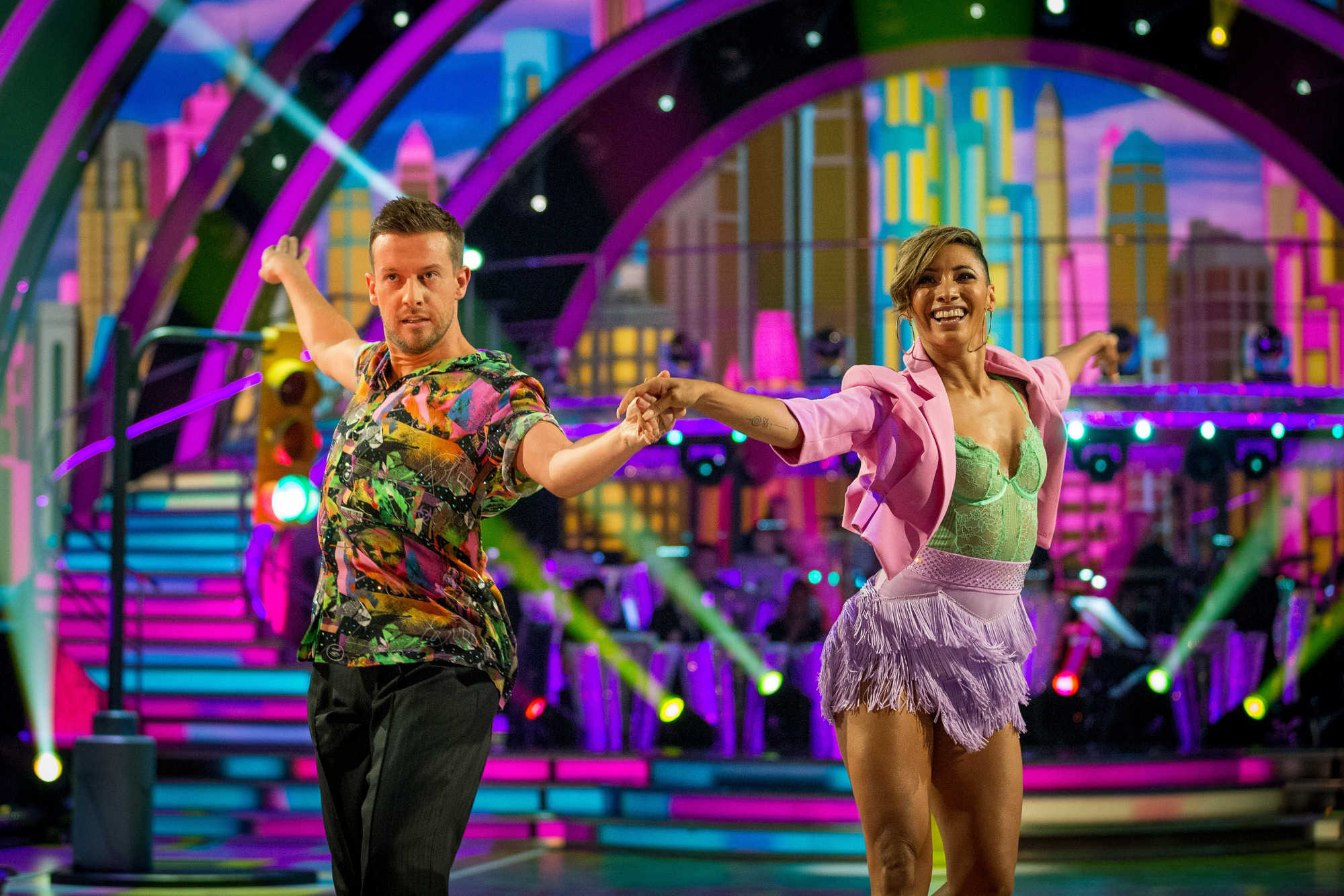 Chris has his work cut out this week (Credit: Guy Levy/BBC)

He also beggedd fans to vote for him and Karen after they finished near the bottom of the leader board last week.

The pairing is set to dance the Charleston to Take That's Out Of Heads on Saturday (28.9.19).

In one story he captioned an image of him in training, saying "I'm going to be a sweaty mess on Saturday. You have been warned."

He also asked fans to vote because "there's absolutely no way I can do this dance twice in one night. Look at the state of us. I'm not going in the dance off". 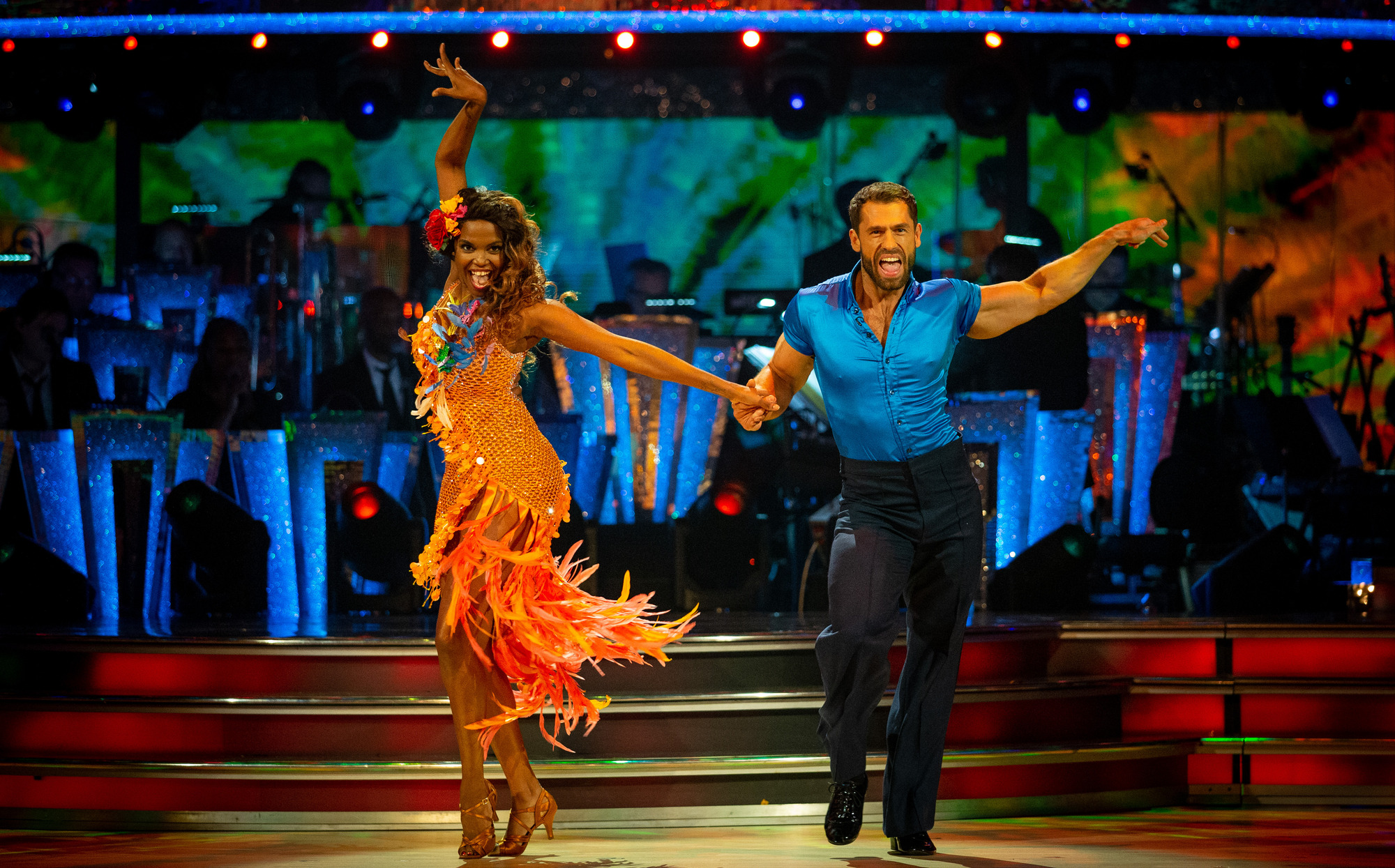 Will Kelvin be a star again this week? (Credit: Guy Levy/BBC)

Aside from Chris's Charleston, the dances have been revealed for week two.

Week one star Kelvin Fletcher and his partner Oti Mabuse will be dancing a classic waltz, while Catherine Tyldesley and partner Johannes Radebe will be performing the Samba this week.

Elsewhere, Alex Scott and Neil Jones will be shaking their tail feathers to a Cha-cha-cha.