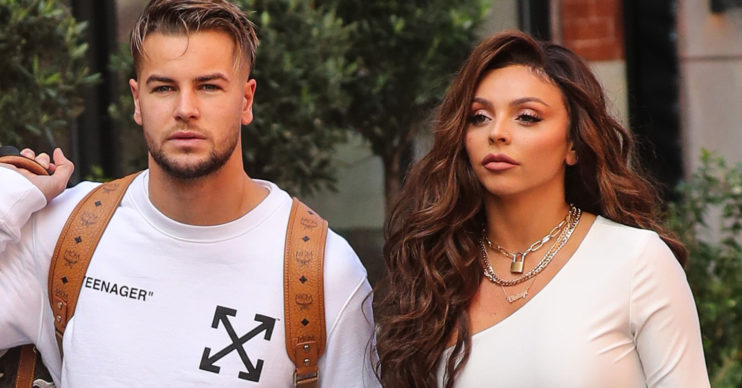 Chris hit back on Twitter after Katie's cruel comments

Chris Hughes stepped in to defend his ex-girlfriend Jesy Nelson after she was trolled by Katie Hopkins for posting revealing Instagram pictures.

The couple may have called it quits last month but it’s lovely to see Chris defend Jesy’s honour.

She has strength, she has beauty, and she has a heart that only you could dream of having.

What did Chris say?

Hitting back at Katie on Twitter, Chris responded: “How about don’t be a [expletive] your whole life and let that person live?

“You tried it once years back, and it affected her mentally, just don’t be that [expletive].”

Chris added: “She has strength, she has beauty, and she has a heart that only you could dream of having.”

Fans were quick to reply, praising Chris for sticking up for his ex.

“Yes Chris, thanks for always standing by Jesy and supporting her,” another added.

A third commented: “The award for the best ex ever goes to…”

The couple had been together for 16 months, and while Jesy has removed all pictures of Chris from her social media, it seems he still has a soft spot for her.

“These desperate daily pics are showing that contrivance of a documentary to be darn insincere.

“Girls. Be better than this. Beauty is in strength, not weakness that needs validating daily.”

Jesy also appeared to hit back at Katie, posting another Instagram shot of her showing off her toned abs in a crop top and trousers.

She wrote: “Have another one hun,” with a winky face emoiji.

In her BBC Three documentary Jesy Nelson: Odd One Out last year, Jesy spoke out about the trolling she received over her looks and revealed she tried to take her own life following online bullying.

She admitted she ‘starved herself for a week’ before performing on The X Factor back in November 2013 after receiving comments about her weight.

Have another one hun 😉

After that performance, Katie had tweeted: “Packet Mix have still got a chubber in their ranks. Less Little Mix. More Pick n Mix.”

Speaking about the abuse in the moving programme, Jesy said: “All I remember feeling at that time is what’s the [expletive] point?

“I starved myself for a week and I’m still getting called fat.

“That is the pinnacle point for me when I got severely depressed and it just spiraled out of control.”