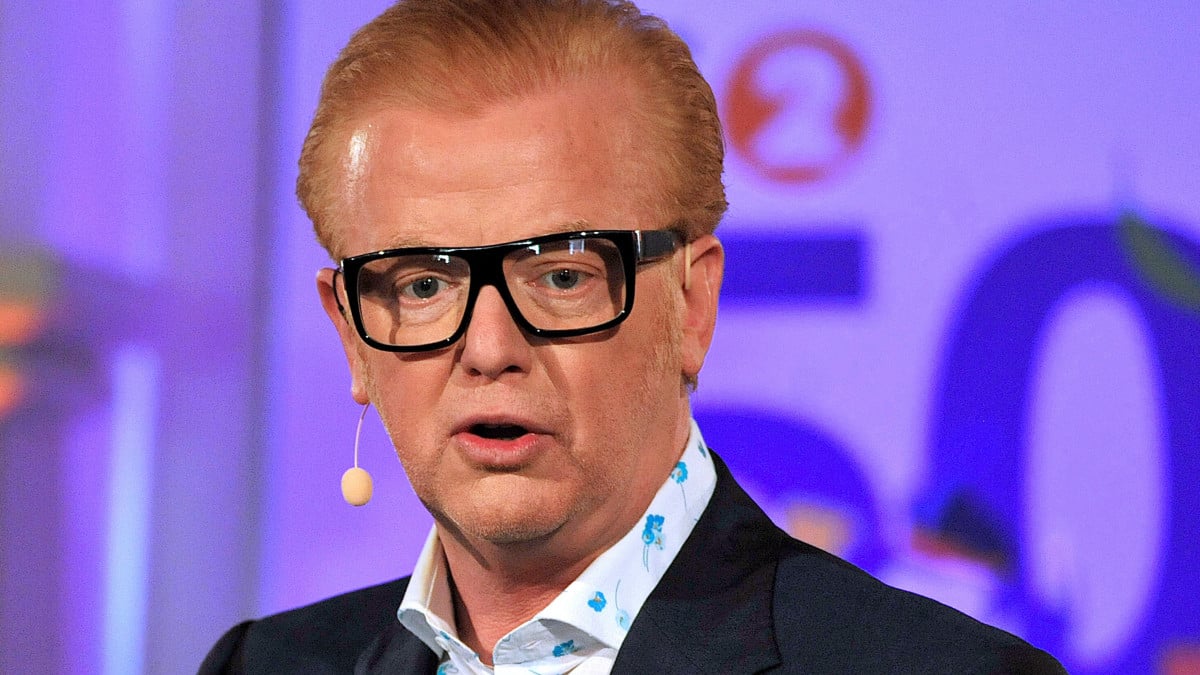 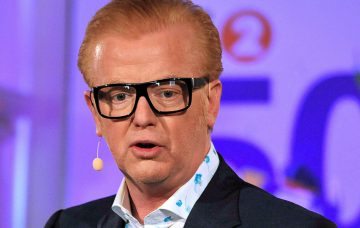 Chris Evans has announced he is quitting his Radio 2 breakfast show and leaving the station.

The 52-year-old, the second-highest earner at the BBC according to its annual figures, became emotional as he announced the news to his listeners.

He will broadcast his last show in December, 13 years after presenting his first programme for the station.

Chris, who is expecting twins with wife Natasha, said: “Some of us are mountain climbers and, if you get to the top of your favourite mountain, you become a mountain observer, so I’ve got to keep climbing.

He added: “It’s been brilliant. It will continue to be brilliant.” 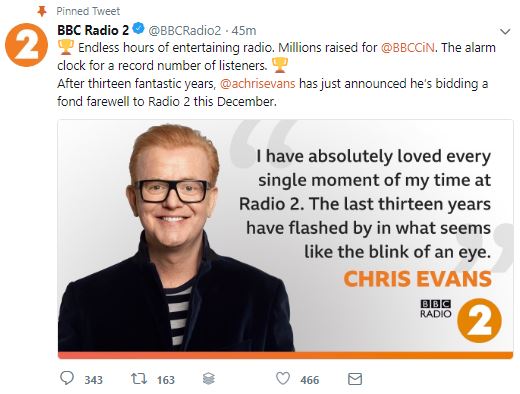 Chris announced in April that he and his wife are expecting twins.

The couple already have a son called Eli.

BBC figures published earlier in the summer revealed that the broadcaster and former Top Gear host is earning between £1.6 million and £1,669,999 for his Radio 2 Breakfast show.

He was the second-highest earner on the BBC list, one place below Match Of The Day host Gary Lineker.

Chris first joined Radio 2 in September 2005 as presenter of the Saturday afternoon show.

Chris took over from Sir Terry Wogan as the host of the Radio 2 Breakfast Show in January 2010.

He scooped the Best Music Radio Breakfast Show award in 2016.

The programme currently has a weekly audience of more than nine million, making it the UK’s most listened-to radio programme.

Are you sad to see Chris go? Who should replace him? Leave us a comment on our Facebook page @EntertainmentDailyFix and let us know what you think!