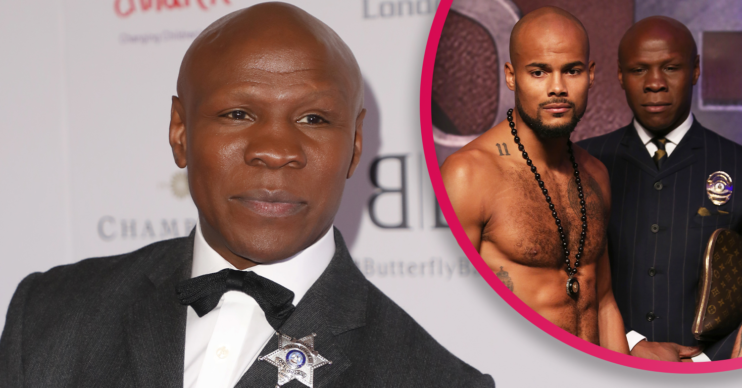 He recently became a father

The cause of death for Sebastian Eubank – son of former boxer Chris – has been confirmed.

Sebastian was found dead on the beach in Dubai over the weekend.

He was just days away from his 30th birthday and had recently welcomed a son.

Now his grieving widow Salma Abdelati has revealed the 29 year old’s cause of death.

What happened to Sebastian Eubank?

Salma said Sebastian had suffered a “massive heart attack” and died while he was in the sea.

The post-mortem showed that he “probably could not have been saved” even if he wasn’t in the water.

She added that earlier that day he had been out for lunch with one of his closest friends.

Salma also said she was grateful he was able to spend a “few short and happy weeks” with his son Raheem before his death.

So what did the statement say?

Salma said: “Dubai Police and the coroner have confirmed that after a full post-mortem Sebastian Eubank tragically died from a massive heart attack whilst in the sea.

“He probably could not have been saved even if out of the water.

“There was evidence of a pre-existing heart condition we were all unaware of.”

“He was standing in the water close to shore watching the sunset at Cove Beach in Dubai.

“I am grateful that he was able to spend a few short and happy weeks with his son before his death.”

Now your legacy will live on through your beautiful new born son & I will treat him like my own. Watch over us until we meet again young lion. pic.twitter.com/X6FhMidaZl

What has Chris Eubank said about the cause of death?

Neither his father Chris or brother Chris Eubank Jr – who both appear on Celebrity Gogglebox – have been on social media since the cause of death was announced.

Both paid tribute to Sebastian on Twitter after his death was announced.

Chris Snr said: “Never did I ever imagine I would write these words or experience the feeling I now have at the loss of my son.”