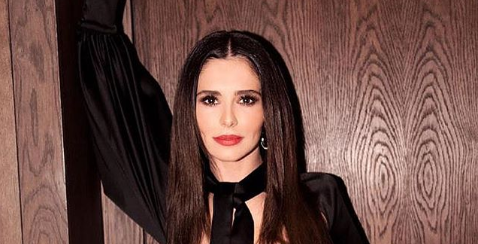 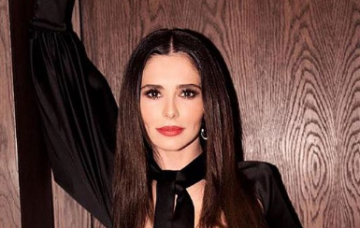 It wasn't her fault!

Cheryl’s musical comeback has been dealt another embarrassing blow after merchandise promoting her single “Love Made Me Do It” featured a grammatical error.

The cropped hoodies, being sold for £44.99 via her official merchandise store, feature the lyrics of her new song, including the line, “love made me do it (it wasn’t my fault)”.

However, in one picture of the hoodie posted on the online store, an apostrophe was in the wrong place, so it read “was’nt”.

Cheryl’s loyals fans were quick to let her know about the error via Twitter.

“@CherylOfficial OBSESSED with the collection, but can we just address this – “was’nt” gives my year 11 GCSE self heart issues. However. I would like the whole entire collection please thanks #LMMDI #LoveMadeMeDoIt,” wrote one.

“Oh no – mega #typo on the front of #hoodies #merch from @CherylOfficial – *was’nt not *wasn’t?” said another.

Others simply messaged the singer with the correct spelling, while one jokingly told her “@CherylOfficial don’t worry about the spelling! We know it was’nt your fault.” 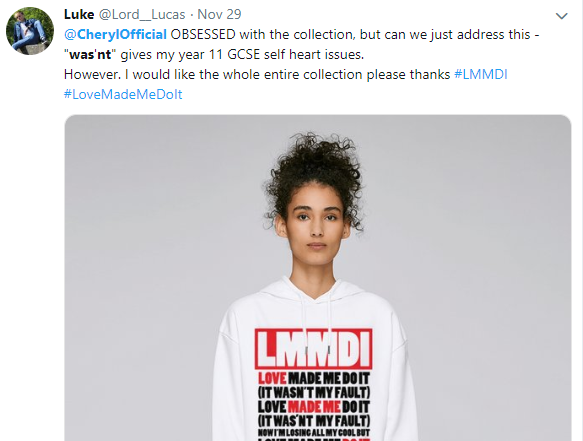 The Greatest Dancer mentor hasn’t responded to the tweets but those running her store tweeted to say the mistake has now been corrected.

“Hi guys! We’re aware some people have noticed a grammar mistake on one of our lyric hoodies online. We want to reassure everyone that nobody has been sent a product with the mistake, that the supplier has the correct artwork and that we’re currently fixing the store preview!” their message stated.

They later posted an update confirming: “The artwork on the store has now been updated so all the grammar is correct & to reflect the actual design that customers have been receiving – thanks for your ongoing support while we work to keep the store at its best!” 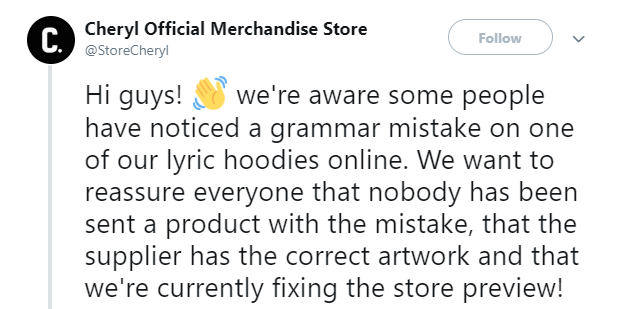 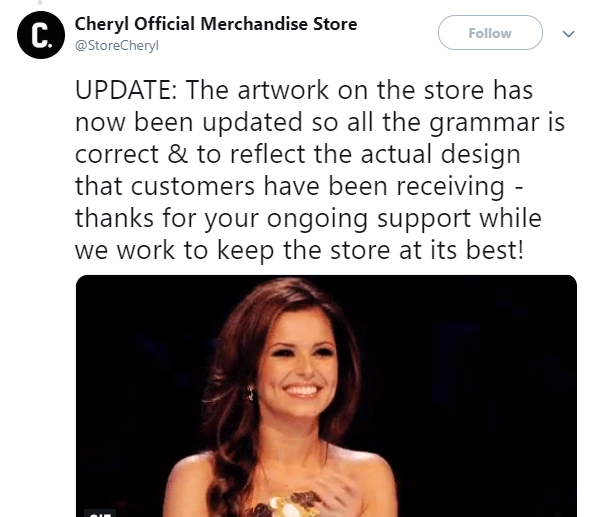 Cheryl has been pictured wearing the hoodie on her Instagram account as she urged her fans to check them out.

Her foray into the world of fashion comes after the latest performances of her new single have been receiving mixed reviews. She was criticised after she took to the stage on The X Factor for being too raunchy, while her recent appearance on The Graham Norton Show made some viewers cringe.

The 35-year-old is making her musical comeback after having time-off to have her son Bear, now 21 months.

She’s denied the lyrics to “Love Made Me Do It” are about her infamous split from Bear’s father, One Direction star Liam Payne.

The former Girls Aloud star has also been divorced twice following failed marriages to Ashley Cole and Jean-Bernard Fernandez-Versini but she told Jessie Ware on her Table Manners podcast that none of her new songs are “about anybody”.