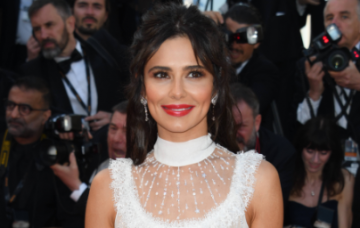 Cheryl ‘to return to The X Factor to perform comeback single’

Cheryl will reportedly return to The X Factor to perform her comeback single during the live shows in November.

It’s been reported that Cheryl was inundated with offers to debut the track on various TV shows but decided to stay “loyal” to The X Factor, rather than performing on one of its rivals.

A source told The Sun on Sunday: “Inevitably, all of the big TV shows have been fighting to get Cheryl’s first performance as it will be a huge ratings winner.

“But she has decided to remain loyal to The X Factor rather than give the exclusive to its rival, BBC’s Strictly Come Dancing.

“And Cheryl will be pulling out all of the stops to make sure that this is one of her most talked-about performances to date.”

But the expletive-ridden song – which references Cheryl’s recent split with ex-boyfriend Liam Payne – will be toned down for the prime time TV slot.

ED! has contacted representatives for The X Factor and Cheryl for comment.

The publication recently reported that the “edgy” upcoming single deals with the fall out of her break-up from Liam – the dad of Cheryl’s 18-month-old son Bear.

The song apparently features a lyric in which the singer calls herself a “sucker” who “falls in love” with “every [bleep]” and reportedly details how she has felt let down by men.

Back in July, Cheryl revealed her comeback album was “pretty much finished” and predicted it would be a “hit record”.

Earlier this year, she revealed she was working on new music with former Girls Aloud co-star Nicola Roberts and record producer Naughty Boy, her first since her last album Only Human in 2014.

Speaking to The Sun, Cheryl said: “Nicola and I wrote every track together. It’s been great working with one of my best friends, but I’m really proud of the album and excited for people to hear the new music.

“It’s pretty much finished. At this stage we’re deciding what will be the first single. We’re choosing between about three songs, but that’s quite a nice problem to have.

“Thankfully I’m not looking at it, saying, ‘Oh God, all this work and we don’t have a hit record’. I think we do.”

Would you like to see Cheryl perform on The X Factor? Leave us a comment on our Facebook page @EntertainmentDailyFix and let us know what you think.