Looks like her return will be sooner rather than later!

After the excitement of hearing that Cheryl is back in the studio, fans are gearing up for a new release.

The caption simply said: “I never say this but just for this one time – watch out!”

Read more: Kem Cetinay and Scarlett Moffatt could finally be getting together 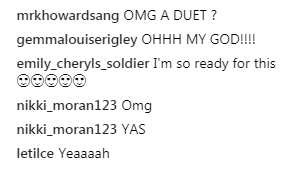 Some were clearly hoping for a Girls Aloud reunion, thinking that the blonde at the back was Sarah Harding…

Another thought it was Rita Ora! Poor Gina! 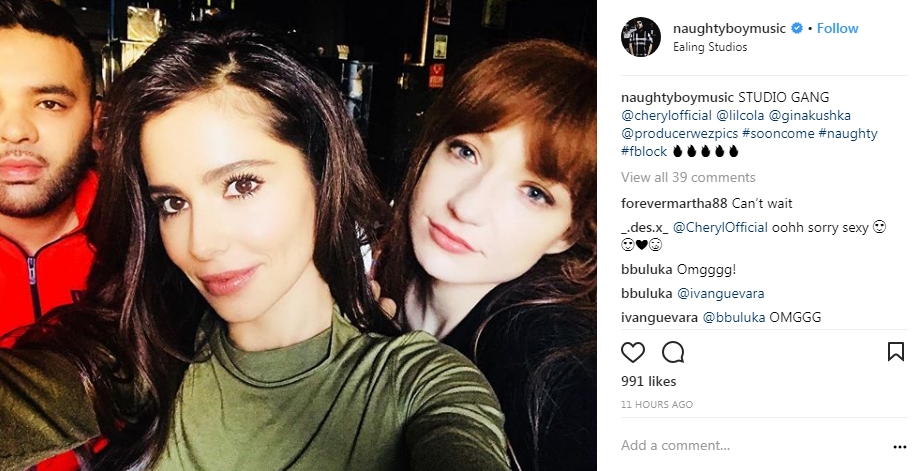 He appeared on Lorraine yesterday to confirm that he has been in the studio with Cheryl.

When asked if he was actually working with the singer by the TV presenter, he nodded and said: “Lovely girl. We worked together before, but it was with will.i.am and we didn’t actually meet her then.

“We’ve written a great song for her album and we’re finishing it later today actually.”

Read more: Prince Charles joins Phillip and Holly on the This Morning sofa!

Lorraine then added that there will be a lot of pressure on the mum of one for her latest comeback, but Naughty Boy didn’t seem to think it would bother Cheryl.

He said: “I feel she’s her own entity. Think of the success she’s had. I feel she’s in a good place and she can come back and people are waiting to hear what Cheryl’s going to do next.”

She’s also been spotted in the studio with JHus and X Factor winners RakSu.

Fans had already been getting hyped up last year when it was reported that Cheryl registered a track called My Song.

She was named as the performer and former bandmate Nicola was listed as one of the writers.

Nicola previously told Bang Showbiz! of their writing sessions: “I’m writing for Cheryl and also for myself. Hopefully those songs are good enough to make it out into the world.”

Looking forward to new Cheryl music? Leave us a comment on our Facebook page @EntertainmentDailyFix and let us know what you think!