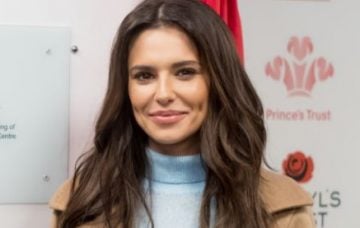 This could be big

We could see Cheryl back on our TVs in a MAJOR way soon, as a new report claims she’s on the verge of signing with a presenting agency, who will focus on high-profile gigs for the singer.

The Sun Online claims the Geordie star is in talks with agency, Independent 360, which has Strictly judge Bruno Tonioli, The One Show’s Alex Jones and presenter Mel Giedroyc on their books.

Cheryl has taken a break from the spotlight since the birth of son Bear last year, but it sounds like she’s ready to get back with a bang!

“She really needs some top gigs to return her to the standing she enjoyed during her first stint on The X Factor.”

Cheryl is rumoured to be in talks to return as a judge to The X Factor this year, and also recently recorded a pilot for Simon Cowell’s new BBC dance show, The Greatest Dancer.

Read more: Cheryl’s friend Naughty Boy opens up about baby Bear ahead of his 1st birthday

It follows last week’s news that Cheryl has reportedly changed her record label.

According to The Sun, the mother-of-one has parted ways with Polydor, who were behind her previous four solo albums.

Polydor are part of the Universal Music Group, who Cheryl remains signed to, and it’s said she will now seek another of their labels to release her fifth album as “it seems the right time for a change.”

The Girls Aloud star’s last solo album, Only Human, was released back in 2014.

Since then, she’s been focused on being a mum to son Bear, who turns one on March 22, with her boyfriend, Liam Payne, and opening her centre for young people in the North East with the help of the Prince’s Trust.

Back in the recording studio, Cheryl has been working with producer Naughty Boy, who said her new tracks will be “very personal”.

Naughty Boy was recently reported as saying he thought Cheryl should “let her music do the talking” when it comes to all the rumours about her private life.

It’s also been revealed Cheryl has reunited with Miranda Cooper, the writer behind many of Girls Aloud’s hits including Sound of the Underground, Love Machine and The Promise.

Cheryl’s album could reportedly be released in the autumn which will coincide with the X Factor live shows returning to TV screens.

Are you excited to see Cheryl back on TV screens? Leave us a comment on our Facebook page @EntertainmentDailyFix and let us know what you think!