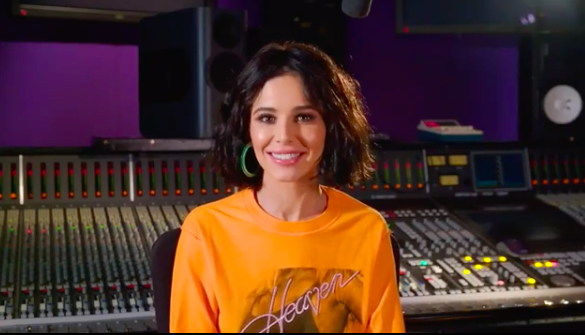 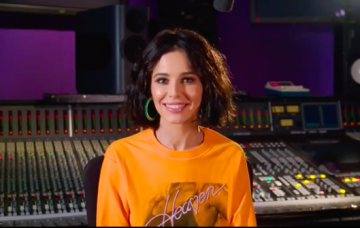 She's moving on after her break-up from Liam Payne

Cheryl has had her fair share of heartbreak over the years – with two divorces and splitting from her baby-daddy earlier this year – but now she’s opened up about finally finding the one.

But before anyone buys another hat, we should mention that the singer was talking about her son, Bear.

The former X Factor judge opened up about being with the “man of her dreams” in a new interview with The Sunday Times Style magazine.

She said: “I feel full. My heart’s full, I’m fulfilled. I’m not looking for anything anymore. I’m whole. I’ve got the man of my dreams.”

Cheryl’s new track Love Made Me Do It, which was released on Friday, references her failed marriages to Ashley Cole and Jean-Bernard Fernandez-Versini.

But she has denied any of the songs are about her most recent break up with Bear’s dad, One Direction singer, Liam Payne, 25.

Asked about the split after two years together, Cheryl – who confirmed she and 19-month-old Bear share a bed – said: “It didn’t work out. You’ll have to ask him,” although she added that “maybe, maybe” Liam felt excluded from her and Bear’s relationship.

But things between the exes seem to be improving, after Liam reached out to his ex on social media on Friday.

The 1D singer congratulated Cheryl on her new music – despite her new single, Love Made Me Do It, including lyrics like: “I fall in love with every [bleep].”

He wrote on Twitter: “Congratulations @CherylOfficial on your first release in 4 years can’t wait for everyone to hear the rest,” followed by a rose emoji.

It follows the former Girls Aloud star speaking on Jessie Ware’s Table Manners, to deny she was singing about Liam.

She said: “Actually all the music and all the songs that I’ve got ready were done way before we split – none of them are about anybody. I wasn’t sat writing a love poem to anyone or about anybody.

“It’s something that anyone who’s been in love will be able to relate to in some way or another. It’s catchy and it’s fun. It’s not about one specific person or relationship.”

We’re glad Cheryl’s in such a good place these days. And how cute is she about her little boy?

Do you believe Cheryl will never date again? Leave us a comment on our Facebook page @EntertainmentDailyFix and let us know what you think.