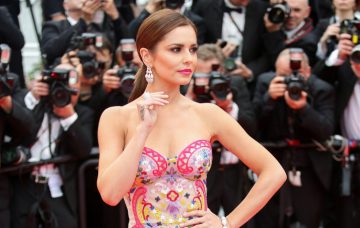 Cheryl and Liam announced their split on Sunday evening

Cheryl has vehemently denied claims her beloved mum was a factor in splitting from Liam Payne.

The former X Factor judge took to social media to defend Joan amid odd allegations she could have played a part in Cheryl and Liam’s relationship breaking down.

A clearly furious Cheryl, 35, told fans on Twitter she was loathe to even respond to such gossip, but she was not going to let her mother be dragged into the split.

Cheryl and Liam, 24, announced their split on Sunday night, saying it had been a “tough” decision to make and their priority was looking after one-year-old son Bear.

Rumours then began that Cheryl’s mum Joan could have played a part in the romance failing.

But Cheryl has branded the claims “nasty and false”, saying: “I hate responding to stuff, especially at such difficult times.”

She continued: “I can assure you she has absolutely nothing to do with any of it. I am a grown woman who is capable of dealing with my own life.

“She is a soft and kind woman who doesn’t deserve to be dragged into something that has nothing whatsoever to do with her.”

Cheryl is known to be extremely close to her mother and has previously spoken out in her defence following false claims.

Back in 2016, she shared a lengthy note to Twitter after it was suggested Joan had great influence when it came to Cheryl’s romances.

A frustrated Cheryl hit back: “There have been a lot of unfair comments made about my Mam today and I have to clear a few things up in her defence.”

Cheryl added: “While I am extremely close to my Mam and respect her entirely, she does not and never has had any influence in any of my relationships.

“As a 32-year-old woman, I make my own decisions and choices and take full responsibility for them. To portray her the way some stories have today is unfair, hurtful and untrue.”

Meanwhile, Liam previously lavished praise on Joan, taking to Instagram Stories just last year, thanking Joan for tidying up his and Cheryl’s home when she popped round for a visit.

Fans have been quick to rally around Cheryl, sending her their best wishes following the split with Liam.

Others have said they admire Cheryl for jumping to her mum’s defence.

Their messages said it had been a “tough decision” to make and their focus going forward will be on their son Bear.

We are sad to announce that we are going our separate ways. It's been a tough decision for us to make. We still have so much love for each other as a family. Bear is our world and we ask that you respect his privacy as we navigate our way through this together.

The pair had initially met ten years ago in 2008, when Cheryl was a judge on X Factor and Liam auditioned as a contestant.

Liam didn’t make it through the show at that time, but returned two years later where he was placed into the newly-formed band One Direction.

Cheryl and I are sad to announce that we are going our separate ways. It's been a tough decision for us to make. We still have so much love for each other as a family. Bear is our world and we ask that you respect his privacy as we navigate our way through this together.

Romance between Cheryl and Liam blossomed in 2016 following her split from second husband, Jean-Bernard Fernandez-Versini.

She was previously wed to footballer Ashley Cole.

They’ve always kept Bear out of the spotlight, choosing not to share pictures of him on social media.

Are you surprised about Cheryl and Liam’s split? Leave us a comment on our Facebook page @EntertainmentDailyFix and let us know what you think!