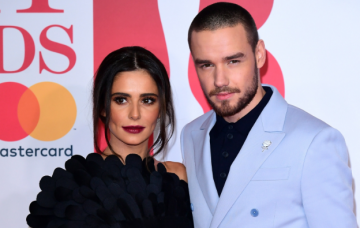 Cheryl and Liam: what went wrong?

Cheryl and Liam Payne have split up after more than two years together. Here is a timeline of their relationship…

The couple first meet when Payne auditions for The X Factor in Birmingham when he is just 14 and Cheryl is on the judging panel.

He gives a rendition of Fly Me To The Moon by Frank Sinatra and winks at Cheryl while he is singing.

Cheryl, who is 10 years his senior, tells him: “I like you, I think you’re really cute.”

He makes it to the judges’ houses on the series but does not make the final cut for the live shows.

Payne returns to The X Factor at the age of 16 after getting his GCSEs and performs Cry Me A River.

Cheryl, who is still a judge on the show, tells him: “You’ve definitely got it, whatever it is and I thought your voice was really powerful.”

He makes it through and is matched up with Harry Styles, Niall Horan, Louis Tomlinson and Zayn Malik to form a group called One Direction.

They end up in Cowell’s category and come third on the series, which was won by Matt Cardle.

Cheryl, who is married to restaurateur Jean-Bernard Fernandez-Versini after a surprise wedding in Mustique, does the ALS Ice Bucket Challenge.

She nominates three other celebrities to get a bucket of water tipped over their heads and chooses Piers Morgan, Nicola Roberts and Payne.

Cheryl, who has now split with Fernandez-Versini, and Payne, who has split with girlfriend Sophia Smith, reunite when One Direction perform on The X Factor before going on hiatus.

The pair can be seen cuddling during an ad break in pictures that emerge weeks later.

Speculation about their relationship begins to swirl after Payne gets a hand tattoo of a rose that is remarkably similar to one Cheryl already has and reaches fever pitch when he posts a picture of a rose on Instagram captioned: “Happy Valentine’s Day baby.”

Payne changes his Instagram profile picture to one of the two of them.

The couple are finally Instagram-official as Payne shares a photo of them together.

A week later he posts a photo of her on International Women’s Day, saying she is his “favourite woman in the world”.

The couple make their first red carpet appearance together at Cannes and later share photos of themselves together on a private jet.

The couple attend a Christmas carol concert in London, with Cheryl wearing a tight green dress that showcases a prominent baby bump but the pair do not confirm she is expecting a child.

Cheryl confirms she is pregnant in a L’Oreal advertising campaign in which she cradles her bump.

The couple announce she has given birth to a baby boy on Mother’s Day, when they both share a picture of the newborn being cradled by Payne.

She writes: “On Wednesday 22nd March Liam and I became parents to an incredibly beautiful, healthy baby boy, weighing 7lb 9 and looking like a dream.

“Although he still doesn’t have a name he is already stealing hearts.

“We are all madly in love and overwhelmingly happy with our little arrival.

“Happy Mother’s Day to all the mothers around the world. A day that now has a different meaning to me forever.”

Reports emerge they have named their baby son Bear.

The pair attend the Brit Awards together and put on a very public display of affection in response to reports that they are going through problems.

She writes: “You are the most amazing daddy and the best example for our son.

“The way he looks at you says it all. Your relationship melts my heart. You are the centre of his world & We adore you.”

The pair announce they have split up, with Cheryl writing on Twitter: “We are sad to announce that we are going our separate ways. It’s been a tough decision for us to make.

Are you sad to hear Liam and Cheryl are going their separate ways? Leave us a comment on our Facebook page @EntertainmentDailyFix and let us know what you think!