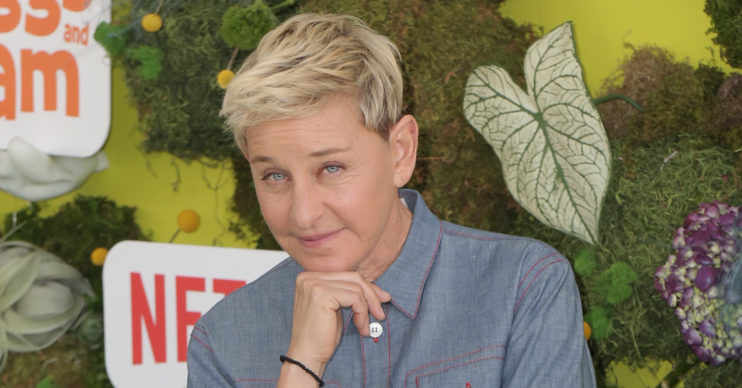 They won't go away

Ellen DeGeneres is reportedly at the end of her tether over rumours that she is ‘mean’ which have swept the US.

The comedian and presenter has been dogged by talk of unpleasantness behind the scenes on her show.

And while she hoped at first they would go away, the rumour mill keeps on grinding.

Read more: Ellen DeGeneres hints she WILL interview Meghan Markle in her first chat since leaving the royal family

It all started last month, when rumours about the star’s behaviour behind the scenes started trending on Twitter.

That was followed by the news that Ellen had put her crew on severe pay cuts.

Instead of using them to film The Ellen DeGeneres Show at her home during the coronavirus pandemic, she used non-union crew members.

Then, security guard Tom Majercak, who worked to protect DeGeneres at the 2014 Oscars, accused her of being ‘cold’ .

He said it was “demeaning” that Ellen wouldn’t make eye contact with him.

Then in early April, Ellen was slammed on social media for being tone deaf after cracking a joke on her daytime chat show that being home all the time during the COVID-19 pandemic was akin to being behind bars.

On top of all that, a former staffer claimed to The New York Post: “Is she always nice? No. It irritates me that people think she’s all sweetness and light and she gets away with it.”

He alleged: “The stories are all true!”

End of her rope

Transgender YouTube star NikkiTutorials also said she didn’t even get a hello from the star when she arrived on set.

Later, she said she regretted doing it.

A source told US Weekly: “Ellen is at the end of her rope.”

She had initially thought the rumours were down to a few haters.

But now she has realised they are “not a passing thing” – and does not know what to do to stop them. She has not publicly addressed the unsubstantiated accusations. Ellen, who came out as gay in an interview with Oprah Winfrey in 1997, launched her daytime chat show in September 2003 after a successful TV, film and stand-up comedy career.

She is said to have a $77million per year contract for her talk show. Her total net worth is estimated to be a whopping $330million.