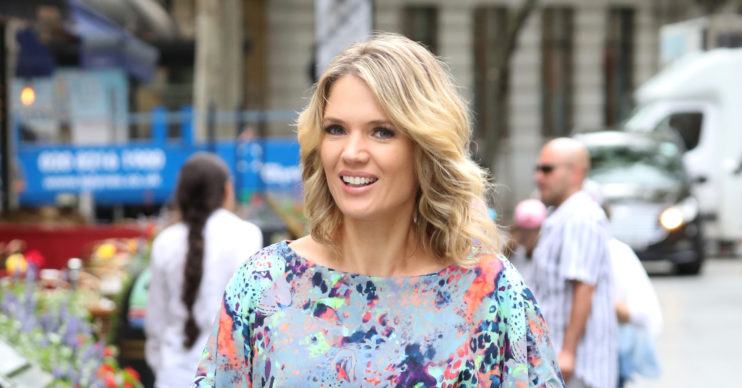 The Good Morning Britain presenter, 45, and five-year-old daughter Ella looked like two peas in a pod as they showed off matching headscarves.

What were Charlotte Hawkins and Ella doing?

Mum and daughter looked cute as a button as they sat in a garden chair during the Bank Holiday weekend.

They both wore matching patterned headscarves.

Charlotte captioned the snap by saying: “Twinning is winning!”

“Making the most of a small window of sunshine this bank holiday,” she continued.

What did Charlotte’s fans say?

It wasn’t long before many of her 203,000 followers took to the site to show Charlotte and Ella some love.

“Ah that’s so cute. Love the headbands too,” one fan wrote.

Another said: “You both are looking lovely.”

“This is such a beautiful picture,” a third commented.

What did Charlotte say about Kate Garraway?

Charlotte has been presenting GMB over the summer holiday and opened up about friend Kate Garraway.

Kate’s husband, Derek, is still in hospital after battling coronavirus.

She told viewers earlier in August that she would be taking a break from the show to focus on looking after her family.

In an interview with OK! magazine, Charlotte said that Kate doesn’t know what’s round the corner.

“We don’t know what’s around the corner.”

Derek, 53, was admitted to hospital with the virus in March.

Days later, he was induced into a coma and only opened his eyes in July.

Despite being coronavirus-free, he still faces grave health problems due to the effect the virus has had on his body.